Monkey Movies Are Dumber Than Those That Make Them

The creativity of the original Planet of the Apes was still vivid in my mind, so I sucked it up and sat through "that stupid monkey movie." 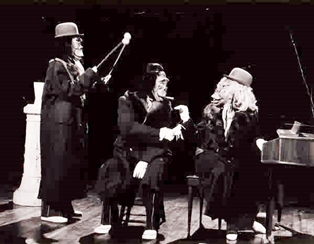 When I was a young sports writer for the Tampa Tribune many years ago a good friend was the theatre and movie critic who I used to tease about being paid to watch movies and stage plays.

He returned fire saying I was a hypocrite since I picked up a weekly paycheck to attend sporting events, a job that had no value whatsoever as the competitions I reported on had no lasting value.

He had a point, but over the years as I’ve read reviews, of movies in particular, I’ve become convinced that film critics surely must be on the studio’s payroll because their slobbering, over-the-top evaluations of dreadful films and interviews with insipid actors and actresses read like fawning studio press releases and People Magazine pap. 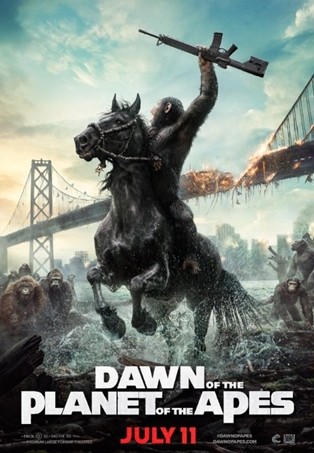 John Podhoretz, the movie critic for the conservative Weekly Standard is an exception. If he’s ever done an interview with an actress or actor, I’ve never seen it, and his critiques of films are a delight to read as he takes no prisoners, with his commentary “Monkey Business” in the July 28 issue on Dawn of the Planet of the Apes being one of my favorites.

I saw the 2011 Rise of the Planet of the Apes, and suggested to my wife, Linda, less than halfway through it, that I go to the box office and request our money back, but she nixed that thought. These days I don’t go to many films, but the reviews of that one were so overwhelmingly positive and the creativity of the 1960s original Planet of the Apes staring Charlton Heston were still vivid in my mind, so I sucked it up and sat through what today I call “that stupid monkey movie.”

Podhortez wasn’t impressed with the film I saw either and his opinion calls this new cinematic disaster, “…the comedy highlight of the summer – even though that’s the last thing it wants to be.” For example Podhoretz questions the film’s logic when he reports that an ape who is supposed to be verging on genius points to San Francisco and says, “Human. Home.” then says, pointing to the suburbs; “Ape. Home.” If they’re so smart asks Podhortez: “Why can’t they speak in complete sentences?”