As the sovereign debt crisis spreads in Europe, government bond interest rates are rising above what’s considered a sustainable level. 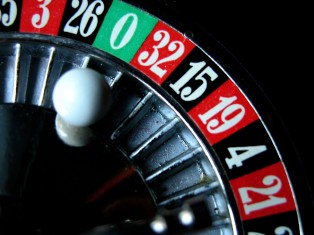 Politicians are Playing Roulette with our Future

A trip to the casino and a spin of the roulette wheel may not be the best way to solve your cash flow problems. Some government leaders, however, seem willing to take those kinds of risks. Earlier this year, the U.S. Federal Reserve completed a $600 billion “quantitative easing” program, which is a fancy way of saying “money printing,” according to Forbes. Similarly, the Bank of England recently announced an additional 75 billion pound sterling quantitative easing program on top of an earlier 200 billion program, according to The Wall Street Journal.

These programs are betting on reduced long-term interest rates and a resulting boost for the economy. Critics say they may lead to hyperinflation.

It also appears as if the stakes just went higher. Some are saying a similar money printing program is the only way to solve the eurozone debt crisis.

As the sovereign debt crisis spreads in Europe, government bond interest rates are rising above what’s considered a sustainable level. Rates are rising because bond buyers are scarce; they’re concerned that certain governments may default on their payments so they demand a higher rate to compensate for the risk of default.

If demand for government bonds drops too much, then some countries may have to default because they won’t have enough money to pay their bills. That’s where the European Central Bank (ECB) may have to step in.

As a highly respected organization, the ECB could step in and say it will back its member countries’ debt and buy that debt in unlimited quantities to keep interest rates down. If it did, then the current crisis would likely abate (at least temporarily) and give the troubled countries some breathing room to implement reforms and restart economic growth, according to Reuters.

So far, though, the ECB has declined to make such a statement for several reasons:

1.    It might undermine its independence from politics and its price stability mandate.
2.    It could push up eurozone inflation.
3.    It would reduce pressure on wayward countries to cut spending and implement growth-boosting structural overhauls.  Sources: Reuters, The Wall Street Journal

In short, it’s “politics as usual” in Europe and here in the U.S. Congress as the do-nothing, not-so-super Super Committee does what we all expected regarding their addiction to deficit spending — a big fat nothing. Meanwhile, as these world leaders fiddle and finagle, the financial markets remain fickle and fractious.