Move Over Facebook Diaspora is the New Kid in Town

This year's changes on Facebook created controversy over privacy issues. The Diaspora team decided to create an open source alternative. 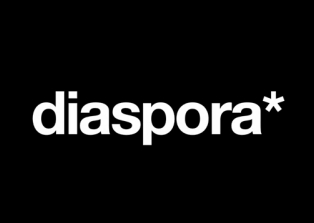 Diaspora, the New Kid in Town

September 15th is the target date for Diaspora, a new social network, to be open-sourced. What started as a summer project for four NYU students, may become a competitor for Facebook. Only Diaspora knows which of your messages goes to your drinking buddies and which ones go to your co-workers.

Wikipedia describes a diaspora (from the Greek, a scattering [of seeds])is the movement or migration of a group of people away from an established or ancestral homeland, which in this age of technology age that homeland may be Facebook.

Privacy changes on Facebook earlier this year created controversy when some users began to revolt because of the social group’s privacy issues. Enter four college students who decided to create an open source alternative to Facebook instead of interning or taking on temporary jobs for the summer. What started as a goal to raise $10,000 for the project, became a successful fund raiser exceeding $100,00 in donations. It has been reported that even Mark Zuckerberg, Facebook CEO, donated to the project.

Occassional blog updates have been published over the summer and the Diaspora team, Daniel Grippi, Maxwell Salzberg, Raphael Sofaer, and Ilya Zhitomirskiy, recently stated in an announcement, “We have Diaspora working, we like it, and it will be open sourced on September 15th”.

These computer science students are not stopping with the completion of the summer project, “Ilya and Raphael are taking leave from NYU, and we will continue to develop and maintain Diaspora as a long term project.”

Diaspora will be a network of separate computers called “seeds”. Once set up, your seed will aggregate all of your information, your tweets, your facebook profiles etc. Diaspora makes those services easier to use and now you will have better control of your data. According to their website you can, “Upload an image to Flickr and your seed can automatically generate a tweet from the caption and link.”

For a more indepth explanation of Diaspora take a look at their fundraising pitch, it puts their project into an easy-to-read explaination. I am excited to see this new software and will follow up with a review once I’ve had the oportunity to give it a test drive.