Stop driving yourself over the top with too many resolutions. Focus on significant targets and be specific in what needs to be done to accomplish them. And then DO IT. 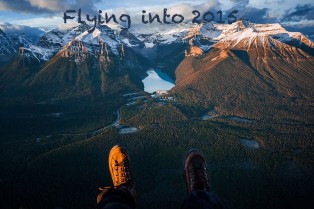 And yes once again the Holidays are behind us and a New Year has cautiously opened its sliding doors to the future. What will it bring? What will change and what will stay the same. And for whom and in what areas of life? Will the global economy finally collapse under the weight of its debt? Will 2015 be another politically inconsequential run up to election year 2016? Will we find a cure to cancer, ebola or even the common cold? Will gas prices drop under $2 at the pump? Will Florida learn and accept that homosexuality is not an aberration and that gay marriages are just as normal as hetero-sexual ones? Will Marijuana get its day this year?  What will change and what will stay the same?

We know that nothing changes until we take action, which is why I have been contemplating a lot lately what Einstein really meant with his observation of insanity. We incomplete earthlings call his observation a definition without considering the context in which he made it. This has resulted in us simpletons abusing his brainfart rather than applying it to the never ending series of experiments that life is supposed to be. Life evolves and within the onslaught of opinions promoted in a functioning democratic society, we all need to carve out our niche, the things important to us and experiment with them, rather than dogmatically kill progress through polarization.

Now, I don’t believe that you specifically have to wait for any landmark day to change certain aspects of your life with resolutions, but sometimes it’s just easier to create a memorable point that coincides with social and financial commitments, especially because it breaks things down in numbers, something we’re comfortably accustomed to.

Just think about it, it’s so much easier to say on January 23 that you have not had a cigarette in 23 days, than when you quit on December 19. We humans are like that, we know how to quantify in numbers. There is quantity and quality in life, but no-one really knows a measuring stick for quality. Quality is an emotion, numbers create statistics, something we can compare to, but also something that can easily be manipulated into lies. These days many of us live by the motto that MORE IS BETTER. From the number of presents under a Christmas tree to the glasses of Champagne chugged down on New Year’s Eve, as long as we can quantify the numbers in our heads, we can equate an emotion and confuse it with quality.

Over the holidays I heard a lot: “We had a great time as we ate and drank ourselves into oblivion over the holidays.” Another one I overheard was: “I got so many presents I haven’t even opened them all yet”. More is apparently equated with better, with More being the quantity and Better being the quality. I guess it all started when MTV in the 80s proclaimed “Too Much Is Never Enough”, or maybe it’s just ingrained in the human race.

An Insane Amount of Resolutions

So now here we go again, the new year is already 6 days old and I’m finding myself with a mile long list of goals for this year; somehow confusing the 2015 list of things to accomplish with a Badge of Honor. But then it hit me: Einstein really was talking about people and not quantum physics, because physical laboratories experiments have different results all the time. That is the nature of the universe.

For us humans it is slightly different. We do not operate in a controlled environment. Here is an example of what I mean. Both my wife TJ and I started what seemed to be a successful campaign in the Spring of last year to loose weight and get active and healthy. We were on the right track until “Life Happened” in the form of serious setbacks. Result? By the time the Holidays came around the gym was a distant memory and the pounds had -not so mysteriously- reappeared.

So yes one New Year’s resolution was definitely to get back on track. She ordered a very successful diet plan, is starting up the activity levels to feel better and better about herself, and then……… we get an invitation to attend the Start Off Dinner Party at the Ritz Carlton next week Thursday for this year’s Amelia Island Restaurant Week. Our friend Joe Murphy, head of PR at the Amelia Island Ritz Carlton made his invitation email so mouthwatering that a decline would be tantamount to mortal sin. So yes, we will attend.

Another invitation came from The Boys and Girls Club for their January 17 Annual Gala, followed by a number of private dinner party invitations and engagements which are now cluttering our dining room table in an ironic display of epicurean will power (or lack thereof). Obviously we don’t live in a vacuum and most definitely not in a lab with a controlled environment, so a resolution to loose weight is nothing more than our best attempt to stick with it until we accomplish the objective.

And looking at the long hit list on my desk I knew that there was no way in this 2015 world, that would make daily life distinctly different than last year or the year before, or before, unless I could bring down the focus.

So instead of pursuing all kinds of different things as I have done for years, I changed course and now focus on accomplishing four specific things… things that I’ think a lot about and are important to me. I have set one goal in each of these four areas: 1) My health; 2) My wealth; 3) My personal self (hobbies and interests); 4) My social self (friends, family, and community).

I am working on making each goal significant, yet specific; like eat and exercise better, writing an essay every day, playing guitar every day, writing an e-book about my 3 years as an Innkeeper, regularly visit with friends, help an animal in need. Yes, the specificity of my goals is quantified in numbers, but the significance gives it the quality I’m looking for.

Right now we’re fostering a 3 year old Lab mix who listens to the name Shadow and needs to go through heart worm treatment before he can be adopted. He’s a fabulous dog but more about that later. I walk him 3 times a day on the beach, good for him and great for my health. As I’m writing this he’s laying on the carpet next to my desk in a deep sleep after we treated his skin with ointments and neo-sporin. He’s a happy camper and my heart is lighter looking into the future. Yes, 2015 has new opportunities for all of us.

I can suggest or strongly urge you to do what I’m doing… and take some time to write down what you really want to accomplish in 2015. Don’t try and accomplish 101 things and lose what really matters to you. Step back, cut your list down to the most important items and dominate with quality.