Sam Young, the Deputy Fire Chief, will be the Interim Fire Chief and he took over the duties of the parting Fire Chief with full union concessions. 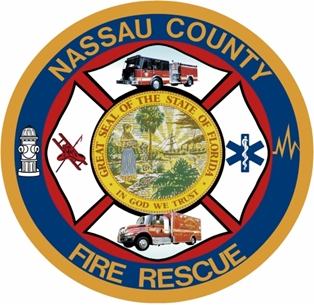 The Nassau County Fire Chief, Charles Cooper, has been under investigation for an incident on Spring Tide Lane in June where many felt poor safety decisions had been made by the Chief. Effective at 5:00 PM today, November 16, 2009, Cooper has resigned. We have heard that he will receive a small severance package that includes two months pay and insurance; he will also be permitted to sell-back his qualifying annual sick leave, bringing his total compensation to about $50,000.

Union President Matthew Waggoner, local #3101 filed a complaint with the International Association of Fire Fighters, and the Nassau County Board of Commissioners because of major safety concerns. Cooper interfered with the investigation by contacting the lead investigator Charlie Bush. This is comparable to the Accused taking the Judge to lunch! Cooper then called the county coordinator, Ed Sealover, to tell them he was exonerated of any wrong doing, which may have been true, until it became known that he tampered with the ongoing investigation into the complaints filed against him by contacting Bush about the investigation. The formal report has not been released yet.

Sam Young, the Deputy Fire Chief, will be the Interim Fire Chief and he took over the duties of the parting Fire Chief with full union concessions.