For 20 years Amelia Island hosted the Bausch & Lomb WTA tournament, then Ponte Vedra took it away and now NE Florida is without top tennis 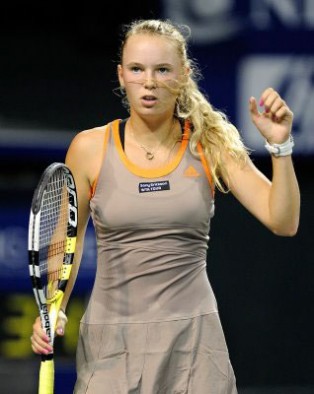 Just a short 2 years after they pried the Bausch and Lomb Tournament out of Amelia Island’s fingers, Ponte Vedra is now going through the same feeling of loss we felt. Last week the World Tennis Association ended a 31 year ride of the Tennis Tournament that became internationally famous in the 20 years Bausch and Lomb was the main event sponsor and the $600,000 winner’s purse attracted the cream of the crop in female tennis talent.

Even though the WTA claimed the reason for the cancellation as the desire to scale back the number of clay court events during the spring, citing too many injuries and player withdrawals, insiders claim that when B&L canceled it’s sponsorship which carried a $600,000 prize purse the event was downgraded, as the new sponsor offered a much smaller purse ($220,000) and the event sold fewer tickets.

The tournament’s history dates back to 1980 when it started as the Murjani WTA Championships with a $100,000 purse, changing sponsorship to Lipton for the 1983 event and several other sponsors until in 1987 rang in more than a two-decade run as the Bausch & Lomb Championships on the green clay courts at Amelia Island.
Most of today’s female top players competed here at one point of another in the past decade delivering champions such as Venus Williams (2002), Lindsey Davenport (2004/2005), Maria Sharapova (2008) and Caroline Wozniacki (2009, 2010). Wozniacki is currently the No. 3 seed in the French Open, which began last Monday, and insiders place the 19 year old Polish born Danish player no. 3 in Women’s Singles Ranking directly behind the Williams Sisters Serena and Venus.

When economics get better in the future we hope the WTA will remember which   location has a better than 20 year experience in hosting a world top event like this.