No Freedom in the Nanny State of Mind 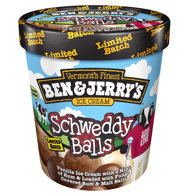 I wasn’t sure whether to title this essay “Freedom’s just another word for nothing left to loose” or “Living in a Nanny State of Mind”. I decided against both because I’m beginning to learn that not a lot of people give a hoot these days. Would you be real upset if I told you that we’re on the threshold of losing one of the last freedoms we have left; the freedom to choose what’s on our dinner plate? That’s right, you’d better get ready to stick a fork in that freedom as well.

Of course you don’t care about what’s happening far away from your doorstep. Why would you care that Denmark is now levying a fat tax on foods with saturated fats. Yeah you can still get it, but be prepared to pay through your nose.
Farm-fresh butter? TAXED!
Cheese? TAXED!
Meat? TAXED!
Bacon? Heavily Taxed and even then not for long anymore

Pretty soon, shoppers will be forced to load up on lower-priced substitutes, made of factory-processed soy byproducts and a lab full of dangerous chemicals—all in the name of good public health, of course. This sin tax is meant to help slash the risk of an early death!!!  Studies have shown time and again that people who eat normal portions of healthful natural animal fats and skip the sugars and other refined carbohydrates, have a much LOWER risk of obesity, heart disease, diabetes, and even early death.
But as I said, that is Denmark, so why would you care? But Denmark isn’t the only one leveling the sin tax. Hungary has imposed a tax on foods with high levels of sugar, salt, carbs, and caffeine. Denmark, Switzerland, and Austria have banned trans fats. And Finland, Romania, and Britain are all considering fat taxes as well.

And yes, those are all little countries in the Eurozone, so why would you bother?
Well you should, for several reasons. Number one, because I am originally from that side of the pond and have learned that politicians happily use each others initiatives like butter on bread. Copycatting in the name of human progress they call it. If it works in Denmark, it should work here as well, after all Danish people have claimed top positions in world surveys about the happiest people on earth. But those are margin calls, hard to understand for Americans. The Scandinavian culture embraces different values than the American culture. Scandinavian turn in certain right in exchange for others, essentially because rules and regulations based on size versus population, require different lifestyles. In a country like the Netherlands, one quarter the size of the state of Florida but with the same population, housing regulations based on space limitations may infuriate an American, but are perfectly acceptable to a Dutchman. Lifestyles have developed over many years, inline with personal freedoms and acceptable as common good.
In my opinion however no government has any right to legislate your food choices. Period.

And if we don’t hold on to our rights here in America, we’ll not only be next, but our government will accelerate the legislation beyond the speed of a bullet train.  Never mind that there is a humorless Group in Mississippi trying to outlaw Ben and Jerry’s “Schweddy Balls” ice cream , or that New York’s Mayor Bloomberg seems to think that salt should be outlawed, if Uncle Sam is going to be footing the bill for your healthcare under Obamacare, he certainly will assume the right to determine how you eat (and sleep and drink and exercise and you-name-it).

For everyone’s own good

Consider this your wake-up call. France is announcing a “sin” tax of its own: a dime-a-liter surcharge on sugar-sweetened sodas.
Now, I’m never going to defend sugar – it’s the single largest dietary contributor to obesity, diabetes, heart disease, and an early death in all of Western civilization, but I’ll always defend your God-given RIGHT to make your own decisions about your diet, your health, and your lifestyle – a right governments around the world want to snatch right out of your hungry hands.
Case in point: France, where the soda tax is only the beginning.
In an even bigger Nanny State overreach, condiments like ketchup, mayo, salt, and dressings are being rationed and even removed from school cafeterias — while yet another new rule requires raw or cooked vegetables at every single school meal.
Put them together, and a kid who wants to turn something tasteless like haricots verts into a semi-edible side dish will have to smuggle in his own butter and salt.

In France the government claims that these restrictions are “for everyone’s own good” – and that they’re about making the people thinner and healthier. And that is absolute crap.
The French drink, smoke, and load up on fatty meats – and yet they’re actually among the thinnest and healthiest people in Europe. It’s the so-called “French paradox,” but there’s nothing paradoxical about it: All those things in moderation are actually GOOD for you if kept well balanced.

But leave it to the government to screw it up. And mark my words here, they WILL screw it up. The more they regulate what people can and can’t eat, the fatter and sicker the people will get.
After all, some of the world’s “top” scientists and nutritionists get it wrong on diet advice all the time — so what are the odds that some nitwit politician will manage to get it right?
I can give you those odds right here — and it’s spelled the same in French AND English: ZERO.

Think the Nanny State can’t happen here in the USSA?

Think again and pay attention because it’s already happening.
In New York, Nanny Mayor Michael Bloomberg has banned trans fats, pushed for limits on salt, and even proposed a soda tax like the one in France. And let’s not forget the city’s recent smoking ban that prevents people from lighting up OUTSIDE.
In California, San Francisco and Santa Clara have banned children’s meals with toys, like Happy Meals. A child’s first lesson in life: Don’t trust in mother when it comes to food choices – trust Big Brother instead.
In Baltimore, the city is handing out $100 fines to restaurants caught red-handed using trans fats. In at least one case it was because the cook chose the wrong brand of “healthy” margarine!
And in Washington, Mrs. Obannany is busily lecturing people on what, when, where, and how to eat. But of course, it’s “do as I say, not as I do,”  as she hesitantly admits her favorite food is French fries – and even says she “can’t stop” eating them… but don’t you dare eat a fry yourself!

Think you know where it goes from here? You’re not even close and I’m just getting started.

Thanks to ObamaCare, insurance companies and bureaucratic employers now work more closely with the federal government than ever – and they’re getting happily in on Nannyism. Pay special attention to the expression Pre-Existing Conditions, because it will be used every time you’ll put in a claim.
And the other side of the coin is that they now have “incentives” – aka discounts – for people who toe the party line: don’t drink, don’t smoke, join a gym, and lose weight. But let’s call that what it really is – because a discount for following some bureaucrat’s health rules is really a surcharge on anyone who doesn’t.
Some employers even refuse to hire smokers – and they’re getting away with it, inside of the law!

Throw in mandatory vaccine laws, school lunch regulations, red-light cameras, garbage monitoring, seat belts, helmets, gene testing and more and the Nanny State is no longer a figure of speech.
There is a song titled “A New York State of Mind”. From where I’m standing we’re looking into the future and it’s called a Nanny State of mind.