We are thrilled to share that New York Times bestselling author Karen White is coming to the Book Loft on Amelia Island to promote the beloved Tradd Street Series, THE GUESTS ON SOUTH BATTERY (Berkley Hardcover; January 10, 2017; 9780451475237). White is the author of twenty previous novels, including Flight Patterns and The Forgotten Room which was an instant New York Times bestseller.

White has always been charmed by the brick-walked streets of Charleston, its beautiful architecture and its rich history. So, when it came time for White to write a series about complicated characters with a side of spooky lore, she knew just where to set it. And so began the story of Melanie Middleton, a Charleston realtor with a special gift, in The House on Tradd Street. THE GUESTS ON SOUTH BATTERY picks up on the picturesque streets of Charleston after Melanie has given birth to twins, and is married to the love of her life, Jack Trenholm. Melanie’s maternity leave has reached its end and she is less than thrilled to return to work, especially when she’s awoken by a phone call with no voice on the other end, and the uneasy feeling that the ghostly apparitions that have stayed silent for over a year are about to invade her life once more. But, Melanie’s return to the realty office goes better than expected, with a new client eager to sell her recently inherited home on South Battery. Despite her stroke of luck, Melanie can’t deny that spirits have started to appear to her again. And while she knows nothing good can come from unearthing the past, some secrets refuse to stay buried. THE GUESTS ON SOUTH BATTERY is the perfect addition to the Tradd Street series, reuniting fans with their quirky doughnut-loving, schedule-obsessed heroine.

Certain to delight long-time fans of the series, and easy to jump into for newcomers, THE GUESTS ON SOUTH BATTERY is another winner from the “ultimate voice of women’s fiction” (Fresh Fiction).

“White’s latest will keep you in its grip from first page to last.” – RT Reviews

“A book with the right combination of chills, thrills and romance.” – Huffington Post 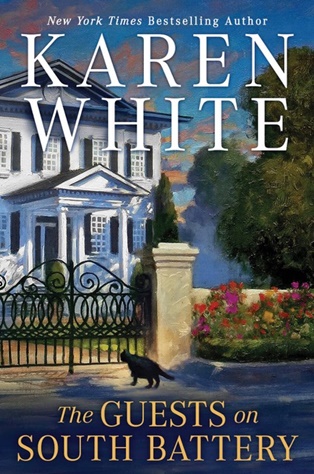