Obama Just Does Not Get It

The list of what we as humans will accept, if someone proves willing to offer it up; is literally endless. 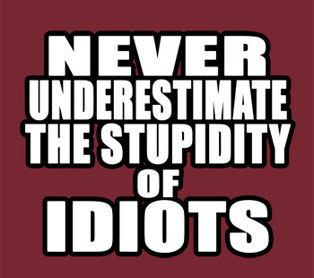 Obama just doesn’t get it. On the front page of the New York Times, there’s a photo of Obama playing basketball with his so called “boy’s club.” Stupid, while the whole nation is scared to death and the talk is of people going broke while their houses are being foreclosed. Obama should be out of the White House and walking through the streets of America, listening to people, hearing their stories, acting as if he actually gives a damn.

Instead, Obama is nesting in the White House, teaming up with the Wall Streeters who are running the country, and blabbing about “the good times that are coming.” C’mon, Barack, get off your ass and get out there. As far as I can see, you’re a guaranteed one-term president. Your public relations stink.

The only worse public relations activity occurring is on Wall Street. The gall and greed of these thieves is absolutely astounding. After taxpayers have given these guys billions of dollars to keep them in business, they pass out billions of that money in bonuses. “Too big to fail” is a joke. If they’re too big to fail, they’re too damn big to exist. I say let them fail and let the bear market do what it’s supposed to do — get rid of the incompetents and losers.

The list of what we as humans will accept, if someone proves willing to offer it up; is literally endless. Of course, some of the items on the list make more sense than others, but that’s not the point. The point is that, like sea turtles or red-bottomed baboons, we human apes have certain characteristics, including a sufficient degree of intelligence to accept a freebie when one is proffered. Of course politicians are well aware of this, and so they spend most of their time in office deliberating the latest scheme to provide the public with something for nothing. They do so for the votes their nature tells them they need to stay in power past the next election, and they do so without regard for the fact that they are leading the country on to an escalator of endless demands. Over time this demand for more in a democracy becomes entrenched and ultimately leads to the sort of situation that has brought the United States, and many other aging democracies, to the point of near ruin.

Now, I’m just one of 307 million citizens of these United States. And the evidence at hand strongly suggests my views on how to return the U.S. economy to health “by slashing the size of government and its many handouts to the bone” would be un-welcomed by the majority.