Amelia Island offers a variety of offshore fishing! Light and variable are two of my favorite terms in relation to wind conditions. 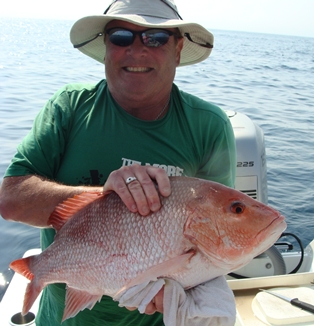 Amelia Island offers a variety of offshore fishing! Light and variable are two of my favorite weather terms in relation to wind conditions. As we rounded the South Jetty Can a small groundswell combined with east winds of the light and variable kind greeted us. We motored east toward the FC area to ply some of that area’s small ledges, live bottom and man made structures in hopes of catching newly legal gag grouper. In hindsight, I should have taken the time to catch live bait inshore as large pogy schools have been hanging near the Saint Mary’s inlet though they weren’t showing themselves early as the sun was not up high enough yet to make them easily visible. My idea that scaled sardines and cigar minnows would be plentiful as earlier in the week offshore didn’t pan out, so we utilized frozen pogies and fresh local squid. Always carry good fresh and or frozen bait offshore in case livies aren’t cooperative. 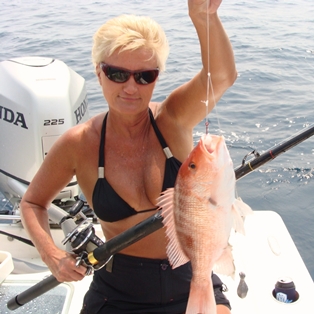 On our first drop over some submerged culvert pipes large triggerfish and numerous seabass of various sizes were the first to line the fishbox followed by a 15 pound snapper that tested the anglers mettle and was heartbreaking to release. Later, as we drifted over a small ledge, an 8 pound Grouper finally came over the gunnel followed by more seabass and a flounder. Another deeply bent rod and intense struggle produced another snapper of similar size and another one, slightly smaller. Will they ever open snapper season again? I’m convinced that had I taken the time to procure live bait that we would have attracted the attention of more grouper as the dead baits seem to become quickly devoured by the smaller seabass, sand perch, lizzardfish and the like while occasionally reaching a sizeable snapper or gag grouper. However, a tantalizing, swimming livebait will entice the larger and more aggressive fish like snapper and grouper, off the bottom quickly and also evade the smaller fish until larger ones can get to them. 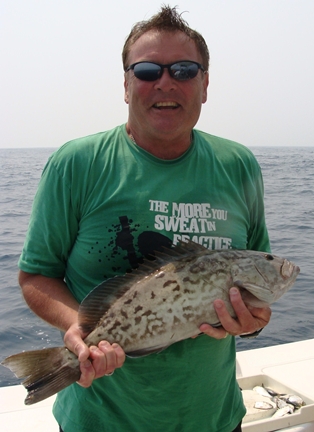 As we neared the south jetty entrance after an enjoyable ride home and enough fish for a good fish fry we noted acres of pogy pods just to the south of the channel with several slow trolling kingfish boats working the area. Kings should be showing up in the slough at the south end of Amelia Island, near pogy pods just off the beach and near the St. Mary’s shipping channel as water temperatures approach the low 80s. Spanish mackerel have been slow in showing up this year in their customary numbers; let’s hope their larger cousins the king mackerel will not follow suit.