Some 100,000 fishermen will lose their livelihoods and 100,000 more who depend on fishing will too as Louisiana goes into a deep depression 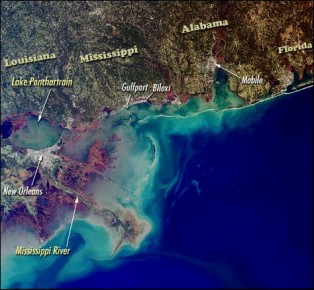 A long hot summer for the Gulf Coast

The oil spill has now become a numbers game of the worst kind. How many barrels or gallons have been spilled? BP whines that it already has spent close to $1 billion trying to find solutions for the disaster. Some sources report that since the spill began 44 days ago today, an estimated 12,000 to 19,000 barrels of crude have leaked into the Gulf each day. That totals somewhere between 22 and 35 million gallons. BP is mum on the topic after claiming earlier that it estimates around 5,000 barrels a day which had not been officially denounced by the Federal Government until last week, when the Feds released data suggesting between 18.6 million gallons and 29.5 million gallons of oil have poured into the Gulfsince April 20 – in any case far more already than the roughly 11 million gallons of crude spilled in the 1989 Exxon Valdez disaster which set the level for lawsuits.

Out of these numbers come concerns such as: Is it all just a show to limit insurance losses and penalties? A lot of people in the area call the efforts a charade, a cover up. Angry Louisiana residents believe BP’s efforts to stop the leak have been no more than a well-managed show while the oil giant builds the relief wells. ”It’s all just smoke and mirrors,” one New Orleans resident said. “I never thought ‘top kill’ would work, and I don’t think BP did either. And what they’re doing now, trying to cap the leak, I think they’re just doing it to distract us so it looks like they’re doing something while they build the relief wells,” she said.

As…White House energy advisor Carol Browner warned last Sunday after the Top Kill effort was officially declared a failure, that the American people need to know is that it is possible that oil will be leaking from this well until the middle of August when the relief wells will reportedly be finished.

Now if that is the thought in the back of everyone’s mind, why is the EPA not allowing the Dutch to bring in 6 of their proven Skimmer solutions, at least until the new relief wells have been finished? The Skimmers Suction and recovery techniques are and were successfully deployed in Saudi Arabia and in the North Sea and if industry experts like Dutch Shell retired CEO John Hofmeister are recommending to at least mitigate the surface disaster with oil tanker formations, we should consider that people like him have a big reputation to lose by advocating useless solutions.

So the questions become: Why are community efforts to assist in the clean up rejected? Why are all the other oil companies with interests in the Gulf sitting idle as drilling has become a very dirty word? What will happen to fuel and oil prices? Is the chance real that the Gulf Stream loop could pick up the slick and take it around the Keys to the Eastern Seaboard? If that is the case can we allow China to drill for oil around Cuba? As the situation may escalate into Geo-political scenarios, very few answers are available. At least not answers that make the whole sordid ordeal go away any time soon.

Are we not better served with a practical approach such as deploying the allegedly proven Dutch system of surface skimming? The system has been used to suck up oil up to several feet under the surface and is highly effective. It would at least limit the devastating effects of the spill until the relief wells are operational. The way it is going now, I’m wondering if they’re using the disaster as a guinea pig for deepwater drilling solutions. Obviously the scenario that is currently unfolding has never been tested and science fiction solutions are discarded one after another, while the oil keeps oozing. Investors are shorting BP more than 15% or $21 billion of its previous market cap, while attorneys are lining up for massive law suits and the re-insurance world is circling the wagons. 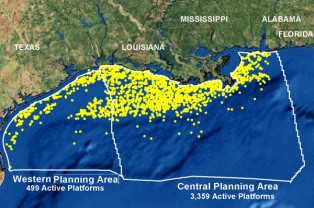 BP’s reactions to these claims are that the company is “heavily invested” in trying to stop the spill, an investment that is rumored to be some $950 million dollars so far. The company is following its emergency contingency plan while continuing to develop options that may work and to investigate and implement them. Pretty much an open scenario it seems, trial and error of what does not work. First, a 100-ton, four-story box couldn’t contain the spill because icelike crystals clogged the top. Then, a straw-like device that actually did capture crude was inconsistent at best. The supposed top kill — shooting heavy mud and junk into the well — couldn’t overcome the pressure of the oil. And the most recent risky gambit ran into trouble a mile under the sea yesterday when a diamond-tipped saw became stuck after slicing through about half of the blown-out well. Today reports came in that giant shears had been able to snip off the pipe. However, the cut was not as clean as hoped, which may affect the snugness of the cap that is going to be placed this afternoon.

Even though this seems to be a BP problem, if they find a successful approach to deepwater disasters like these, the other oil giants will be happy to buy the technology in which case this whole effort will go down in history as “research and development on how to deal with deepwater well malfunctions. With a constantly growing need for deep sea drilling, it may well turn out to be a great investment for BP. As company officials already stated: ” it is undoubtedly true that we did not have the tools you would want in your tool kit for an exercise like this,” pointing at the research value of the ordeal.

In the meantime the disaster has already closed stretches of coastal fishing waters, endangering the seafood industry and tourism and threatening a catastrophe for Louisiana marshes, home to many rare species. And that is only the damage we can see as scientists are warning that the damage to the shorelines could be only the tip of the iceberg.  The damage to the sea floor could be extensive, they said, and oil could also devastate marine life between the Gulf floor and its surface.
One fear is that the oil in the water may have killed off the larvae, meaning there will be no shrimp or fish or oysters next year… and probably not for years to come.
It is widely feared that the slow-moving efforts to stop the spill will kill off Louisiana’s fishing industry and heritage.  Some 100,000 fishermen are feared to lose their livelihoods and another 100,000 people who work in the background and depend on fishing will lose theirs as well, throwing Louisiana into a deep depression.

Reason enough for Louisiana Senator David Vitter to call for a military-style chain of command to handle the crisis, saying the procedure has been slow and bogged down in red tape. He told local radio that federal response really needs to get with it and go on a wartime footing, calling for a military-style chain of command where orders are given and executed immediately. He also called for supertankers to be deployed to the site of the spill to suck up the oil.  Such a technique had been used by the Saudis to clean up large slicks in the Middle East, he had heard.(?) 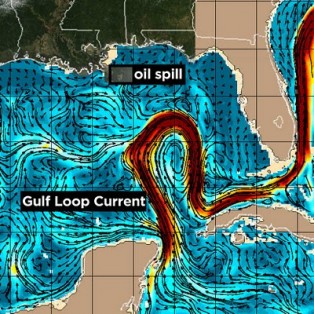 The giant slick is now actively threatening Louisiana’s fragile wetlands, as well as the Gulf region’s fishing and tourism industries, amid fears that hurricane season which started last Tuesday could push more oil up onto the Florida, Texas, Mississippi and Alabama coastlines as well and the luxury of addressing the disaster close to the origin is gone. The fight now has to move to both the surface and the submarine levels.   The problem in all this is analyzing and deciding what method(s) are worth stepping up to the plate and when it comes to that I’m inclined to put my quarter on someone like Shell’s John Hofmeister, rather than a politically motivated admiral of the Coast Guard or the senator from Louisiana. Government may have the authority, but not the knowledge to address the options.

Last weekend’s Plaquemines Seafood Festival was very well attended because many were of the opinion that the annual event might have been the last one they’ll ever have.