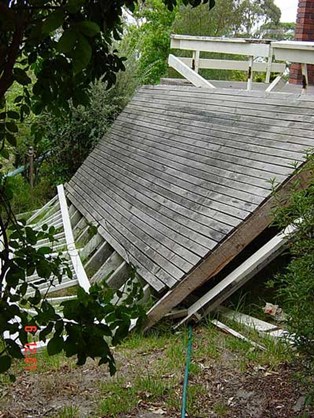 Early in June, the City of Fernandina Beach Fire-Rescue Department was dispatched to a reported balcony collapse. The initial report from Nassau County Dispatch was that a second floor exterior balcony had collapsed and several people were injured. We hear of these collapses often in tourist communities and many times it is because there are too many people, putting too much weight on the structure.

Many new home buyers, vacationers or renters have parties with absolutely no idea of the structural history or loading capacity of their balconies or decks. Prom pictures, wedding parties and family reunions are other reasons one might find a group of people on a deck. There are never signs posted to the capacity and if you are on vacation you are not likely to have the deck inspected by a professional. The best you can do is to be aware that many decks are weathered and their supports can become rotten or rust through, making this a tragedy in waiting.