Old Town Fernandina is celebrating a bicentennial on Saturday, April 2, 2011, on Amelia Island. 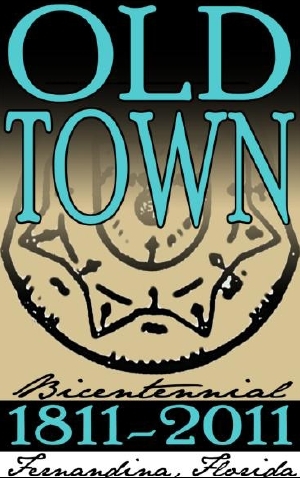 Old Town Fernandina is celebrating a bicentennial on Saturday, April 2, 2011, on Amelia Island.

Their website states the reasons for this wonderrful event, “In 1811, two events took place in Old Town Fernandina that were milestones in the development of today’s City of Fernandina Beach. On January 1, the name of the Spanish Amelia Island Military Post and the town that had grown up around it was renamed Fernandina. The decree, issued by Enrique White, the Spanish Governor of the Spanish Province of East Florida, was issued on December 24, 1810, and named the town for Spain’s King Ferdinand VII.

On May 11, 1811 Jose Estrada, White’s successor as Governor instructed his Surveyor-General George F Clarke to plat the town according to the Spanish Law of the Indies. Other US cities have used the same plan include Albuquerque, Santa Fe, and Los Angeles. Fernandina was the last to be so platted, and according to the University of Florida ‘the Old Town grid remains as one of the last and purest examples of the Law of the Indies planning Edict of 1573.’

In 1811, Old Fernandina was booming as it profited from being close to the United States, but not subject to its laws. Smuggling and Slave-Trading were the mainstays of its economy. As the US grew in international stature, it became increasingly obvious that Washington could not allow Amelia Island and Fernandina to remain in foreign hands. The next 10 years saw much of Fernandina’s colorful history as five of the island’s eight flags were raised and lowered, but in 1821, when Florida became a US Territory much of this ‘economic stimulus’ was removed.”

There is plenty of entertainment lined up including a Pirate Invasion, music by Dan Voll, Flamenco Dancers, the Island Chamber Singers, Silviu Ciulei Trio and more…

Home Tours – $12.00. Tickets available at the Museum of History and Lindy’s on Centre Street.