A two month undercover narcotics investigation by the Fernandina Beach Police Department and the DEA concluded over the weekend. 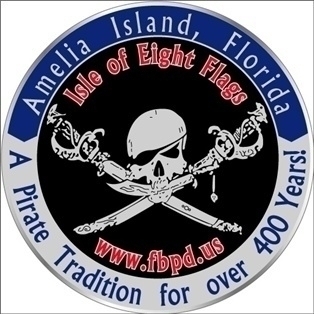 A two month undercover narcotics investigation conducted by the Fernandina Beach Police Department and the Drug Enforcement Administration (DEA) was successfully concluded over the weekend. The task force effectively identified and arrested seventeen individuals responsible for the sale and delivery of crack cocaine, sale of prescription drugs, and cultivation of marijuana.

This investigation continued our local priority of targeting groups of drug traffickers specifically known to distribute cocaine inside the city limits of Fernandina Beach and in the unincorporated areas of Amelia Island.

The Pine Grove Trailer Park is located on South 10th Street. During this investigation it was confirmed that several targets utilized the trailer park to facilitate their drug activities.

Prolonged surveillance by law enforcement personnel confirmed a steady stream of customers entering the trailer park property from the early morning hours and continuing throughout the day.

The majority of these targets have prior state convictions for the sale of cocaine. New drug charges will no doubt expose each of these offenders to lengthy prison sentences. One of the targeted individuals, Edward Hopkins, is currently on federal supervised release. He will be prosecuted by the United States Attorney’s Office in Jacksonville.

Hopkins distributed cocaine and other controlled substances from two residences on the island, at 919 South 10th Street, in the City, and 5494 Ervin Street on American Beach. At the time of his arrest detectives seized cocaine, marijuana, prescription pills, drug packaging material, and over $1000.00 in cash from Hopkins at his residence on American Beach. 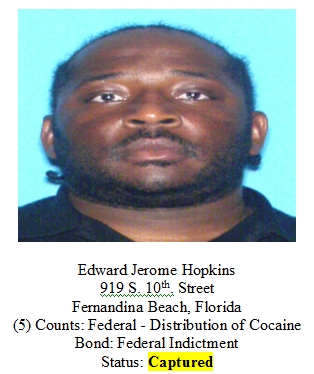 On December 9, 2010 Fernandina Beach Officers, along with federal task force members, conducted a sweep of the island to locate seventeen individuals wanted for multiple drug charges related to this investigation. As of Monday afternoon, thirteen of the seventeen targets have been taken into custody. Detectives will continue to search for the four remaining individuals, while additional targets may be developed as this investigation continues.

This is the third narcotics operation of this type conducted by the Fernandina Beach Police Department in 2010. A total of thirty-four drug offenders have now been arrested through our dedicated effort to combat the flow of illegal drugs onto Amelia Island.