Part 4 – Fighting a Jobless Recovery on a Micro Level

As complicated as the economy may seem, we can not avert from the fact that change happens. We have to develop a long term vision and stop filling holes with holes. 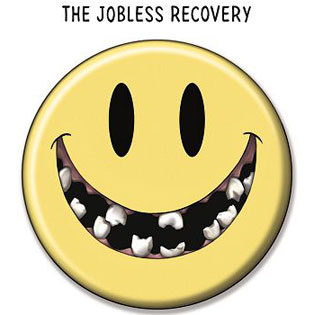 The Years of Bitter Sweet

Even before this latest economic downturn, employment growth in the US was already severely effected by automation and the re-alignment of resources. To clarify this we have to look at the numbers of total population growth versus employment growth. In data provided by the Bureau of Labor Statistics on April 20, 2009 the total American Population grew by 130,612,000 people, yet the total number of employment opportunities ‘only’ grew by 82,121,000 jobs. Problem however is that the negative ratio is heavily influenced by the last 10 years.

Just think about it this way: today we all have laptops and PC and we often¬† wonder how we could have ever done our jobs without these tools. Well reality is that twenty years ago more people were involved doing the job you’re doing now.

When I started my corporate career in 1973, the construction/real estate conglomerate I worked for had a typing chamber with a battery of about 30 typists. You brought your handwritten piece of paper, letter, report or document to the typing room’s supervisor, she would put the piece in the line up and let you know when it was ready. You took it back to your office, checked spelling, typos and what you would like to change; made the corrections, took it back to the typing room’s supervisor, where it went back to the typist who made the corrections and hopefully you could get the letter in the mail that day.

You know how many letters a day I could do? Five would be pressing it. Compare that to today and understand that we have reached a jump off point economically. A jobless recovery is an economic recovery that does not bring back previously lost jobs or add new jobs to the employment pool.

Some experts or social commentators claim that a jobless recovery is a manipulation of financial markets and therefore an Oxymoron and they love to blame it on corporate greed, outsourcing, offshoring, illegal immigration, migrant workers or any other excuse they can put their hands on. Even though I do agree with the fact that corporate greed has dominated the landscape in recent years, their approach hinges on the unionized threat that if an economic recovery does not produce jobs for people to make a living and deliver a productive contribution to society, than civilization breaks apart into anarchy, crime and revolution. Ultimately a valid argument.

British Aristocrat mathematician, philosopher and social activist Bertrand Russell remarked on the difference between change and progress. Change is inevitable, Russell observed, whereas progress is problematic. Change is scientific whereas progress is ethical. We will have change whether we want it or not, but to achieve progress we have to get involved. We have to create new rules. We have to channel human creativity in directions compatible with our value system. And to accomplish that we have to know where we want to go.

Whether we like it or not, we’re at the crossroads of major changes brought on by technological advancement. If we want the change to result into progress, we have to get involved. Especially given the unbridled potential for things like automation, robotics, artificial intelligence, better materials, better design, and volunteerism to replace most paid human labor, the main jobless recovery issue is now becoming ‘transfer of knowledge’.

In the development of¬† a global cybernated system, potentially unlimited output can be achieved by systems of machines which will require little cooperation from human beings. As machines take over production from men, they absorb an increasing proportion of resources while the men who are displaced become dependent on minimal and unrelated government measures such as unemployment insurance, social security, welfare payments and soon a healthcare coverage plan. These measures are less and less able to disguise a historic paradox: That a substantial proportion of the population is subsisting on minimal incomes, often below the poverty line, at a time when sufficient productive potential is available to supply the needs of everyone in the U.S.

The existence of this paradox is denied or ignored by conventional economic analysis as they still embrace the scarcity approach in the Law of Economy.
Continuing the outdated income-through-jobs link as the only major mechanism for distributing effective demand‚Äîor granting the right to consume‚Äînow is the main brake on the almost unlimited capacity of a cybernated productive system.

Lifestyle, Happiness and the Re-alignment of Resources

It is estimated that in order to achieve a 1940’s lifestyle, Americans in 2009 would only have to work 2 to 3 hours a day. Yet, those who do, work ten hour days to have more stuff (bigger houses, more cars, more electronics, more toys and so on). This is both because Americans want it and -unlike in Europe- there were no taxes and regulations to shift wealth from individual pursuits to community pursuits, like support for arts, care for the elderly and disadvantaged or mass transit or a social safety net. This trend may have finally run its course however, as is indicated by socio-economic changes.

The question for our near future is not how we can create more jobs, especially noting that much of the recent job growth in the USA has also been in lower wage service industry jobs with limited to no benefits and little job security, so, even when job availability would increase, they are not of the same economic quality as in past decades. The real question becomes how to pass on the the financial accomplishment and productivity of automation, robotics, nano technology and artificial intelligence to a population as a basic income to build from. Human accomplishment does not necessarily equal ” how many packages did I deliver today or how many micro processors did I produce today”. Human accomplishment lies in “what did I do today as a contribution to life and the pursuit of happiness.

Three movements to reward people have been analyzed as potential: a gift economy, a resource-based economy, and a guaranteed basic income economy. All three systems are being experimented with in the more progressive societies around the world.

Having studied all 3 movements, which¬† have seen prominent advocates and even more vocal opposition since the 1960’s, none of them will be politically acceptable in this country for the time being, even though individual states practice limited forms of them. Alaska for example features The Alaska Permanent Fund, a type of citizen’s dividend that pays every citizen of that State annually an equal share of the state’s oil revenues. Florida and Nevada as an example don’t charge their citizens a State income tax, but could in addition for example create a Tourism Revenue Fund with an annual pay-out to its citizens.

Personally I think any experiment with any of these systems can only succeed in a local community and from there join up into a larger scale eventually. That is part of the intent of the maxim “Think Globally, Act Locally, Plan and start Modestly”. And keep in mind that the largest shift of thinking deals with Transfer of Knowledge.

Local efforts often appeal to many people because they seem more feasible than broader social changes. It is hard to imagine billions of people shifting to a gift economy overnight, but it is relatively easy to imagine, say, building a new community center or farmers’ market for the thousand families who live in an area, or alternatively even smaller, finding a dozen families who might want to start a co-housing project emphasizing environmental values and community, and then, from that success in building community, to work towards larger scale projects or towards interlinking the smaller efforts.

No matter the opposition against change, it is inevitable and the time has arrived. Embrace progress with an open mind to a different view and maybe we will see the birth of a new economic order. If we don’t, we will run head on into the reality, that “Something has to Give”.