Perfection will send you to the Poor house

Nothing moves into the end stage of perfection, not even Einstein's E=MC2. It's just the beginning of an incomprehensible formula that may, but probably won't lead to a form of perfection 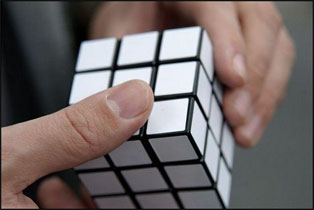 There are many roads that lead to Rome

This story is for those people that have a perfection gene in their DNA they can’t get rid off. After many years of writing and experimenting I have to admit that I’m still a struggling perfectionist. Striving for perfection is good; being obsessed by it, is a debilitating form of procrastination.

Perfection was an affordable natural progression of pupil-apprentice-master-grandmaster throughout the ages, but has lost its effectiveness and attraction over the last fifty years or so. And as I’m contemplating this, I grow more and more convinced that things that don’t happen in our lifetime cannot be enjoyed. Think van Gogh who never sold a painting during his life.

I had this conversation with Webmaster Thom about wines the other night when he told me the story about a recent wine tasting of several 100 to 150 year old clarets. The general conclusion of the experts was that the wines were too young to drink. They needed another 50 years or so. Can you imagine the frustration?!

I have a friend down in the islands that I consider one of the best fusion guitarists in the world. He can seamlessly move between Brazilian folk, American Blues, Spanish Flamenco, any form of Jazz and what have you in one and the same song. As an accomplished guitar player myself, I would watch him in awe as we performed for educated audiences in resorts down there. He gave up playing about a year ago and turned his talents to painting. He claimed he couldn’t reach enough perfection to pay his utility bill.

Michael Masterson, a marketer/entrepreneur my age from Delray Beach, with an impressive career building businesses to success, recently wrote a book titled “Ready, Fire, Aim” brusquely changing what we have believed for centuries to be the objective of life.

Perfection, the curse of talent.
My friend Peter Soons, a long time retired doctor quipped years ago, that every physician gets a small cemetery when they start their practice. When the plots are filled with their patients, the need for perfection vanishes. He became a wood sculptor in the mountains of Panama since and is still looking for some level of perfection in a variety of arts.

He also mentioned on a personal note, that I had too many, often-conflicting, talents and too strong a sense of perfection to ever really reach the top in any of my multiple talents unless I would drop perfection like a hot potato.

I dread to report that perfection will put you in the poor house.

Stop preparing until theoretically every single detail is worked out. Stop analyzing until you are paralyzing every potential move to action and success.

Whatever it is you want to do: START.

Until 15 years ago this could be a very costly mistake. Not anymore.

Step away from the “laziness of habit”, that beast of burden that sits on your back and tells you that perfection is the only traditional way to find success and satisfaction. It’s a lie. A big fat ‘time and money’ consuming LIE. Just because up until the arrival of the Internet, every action was based on copycatting historic “proof” until something “original” was created, does not mean that innovation represents a level of perfection. It’s just what the word says: an improvement, not perfection.

Innovation is an upwardly mobile short cut; perfection is a never-ending process that sooner or later will alienate you from everything else that surrounds you. It will make you poor in social interaction as well as finances.