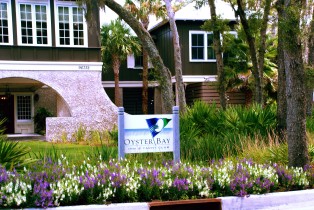 Location where most of The Diary was filmed

The long awaited premier for the locally filmed “Diary of Preston Plummer” happened for a full house last night at Carmike Theater on 14th Street. There was not an empty seat in the theater when writer-director Sean Ackerman expressed his gratitude to Amelia Island’s population in a video taped opening segment. As he promised , the 1 hour and 25 minute big screen feature film showed a large amount of beautiful island scenes, while unfolding a well structured story of mystique and drama.

What is credited as an Indie movie, turned out to be a display of very good acting and skillful camera operation. Rumer Willis may not have the exceptional looks of her famous mother Demi Moore, but she definitely inherited her acting talent…and body. Young Mr. Plummer was perfectly portrayed by the talent of Trevor Morgan and veteran actor Robert Loggia was superb in his role of grandfather John.

The screenplay was masterfully crafted without any loose ends, which is usually my pet peeve in many of today’s flicks and aside from a couple of minor editing glitches (only noticeable by insiders I would think), the Diary of Preston Plummer, mostly filmed in the lush, quiet and beautifully rustic environment of Oyster Bay Yacht Club, is a production we can all be proud of.

Having said that, there is a Centre Street sequence when Preston and  Kate explore the town and their growing feelings for each other, that is beautifully lighted by the tree lighting the City decided to remove last year. Maybe they should take a look at how special Centre Street looked with these festive lights and order them back up.

If you get a chance, go see the movie, it is absolutely worth your while.