The rumors were up in recent weeks that the locally filmed “The Diary of Preston Plummer” was finally going to see daylight in the Spring of 2012. At first I thought the rumor originated from actress Demi Moore’s appearances on the island last week, after all her daughter Rumer Willis played the female lead in the movie, but as more people emailed us with questions, I knew there was more to it then just a rumor and that we would all get to see the story that was filmed in and around Amelia Island and at the Oyster Bay Yacht Club.

Many of the locals, who had active and inactive parts in the movie, had been wondering if it would ever reach the theatre screen, and it speaks for Producer Kosek and Director/writer Sean Ackerman’s tenacity, creativity and commitment, that in a time when funding sources are hard to find, they managed to finish a feature long movie and get it to premiere at a major Festival.

That’s exactly what I thought when I received the exciting confirmation email this morning that The Diary of Preston Plummer had been chosen to have its World Premiere at the prestigious Miami International Film Festival on March 5, 2012. The momentary pang of disappointment that the premiere would not happen at our own Amelia Island Film Festival was also short lived, realizing how much more exposure and credibility the Miami International Film Festival would add to our efforts of becoming a movie production mecca.

“Festival organizers in Miami are super excited and want to make it a red carpet event. We couldn’t be happier,” emailed producer Jane Kosek, shown here in an interview we did with her and director/writer Sean Ackerman just after the production wrap in September 2010.

Ms. Kosek’s email further read: “Making Diary has been an incredible journey and working with all of you was the biggest honor. We appreciate your patience during this time of finishing the film and securing our launch for the film. 2012 should be a great year!
We hope that all of you will consider attending the world premiere. This film could not have been made without you. We want to share this moment with you and celebrate together. I realize that Miami is not your home base and it may be too difficult for you to attend. But we would love to have you if you can come. Please let us know if you are able to make it and we will see you there!

The festival has asked us to not share this news with the world until they have the opportunity to announce it officially, which should be soon. So if you could refrain from posting this on social media for now that would be greatly appreciated. I will keep you all in the loop as we know more. If I have forgotten anyone in this email, please forward this email to them.
Thanks again and love and happiness to all! Happy holidays!
Cheers
Jane & Sean

For obvious reasons of reverse psychology I could not honor the Festival’s request not to share this news with the world. That request might have worked in the 1930s, but in today’s world the only way to keep something under wraps is NOT to share it with anyone prior to release date. With about a hundred people on the recipient email list, the request was obviously aimed at accomplishing the opposite.

Rest assured Jane Kosek, Sean Ackerman, Trevor Morgan, Rumer Willis, Robert Loggia, Erin Dilly and Christopher Cousins, a large group of locals will have March 5th marked in their agendas as MUST BE IN MIAMI, attending the Miami International Film Festival Red Carpet event of the World Premier of “Diary of Preston Plummer.” Heartfelt Congratulations are in place. 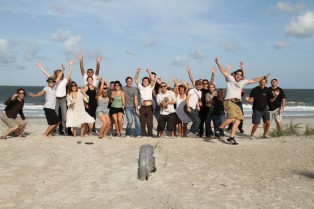 Wrap party on Amelia Island for Diary of Preston Plummer 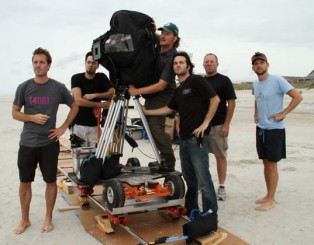