Protect Your Quality of Life with Gold and Silver

I can‚Äôt tell you how committed I am to trying to get you to understand why you need to buy gold and silver to protect your quality of life. 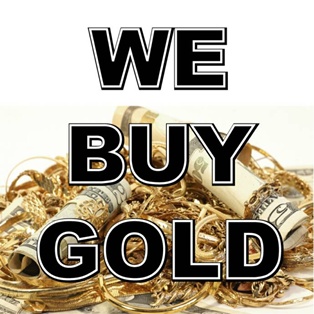 Buy Gold and Protect Your Quality of Life

Fellow Fernandinians, I can‚Äôt tell you how committed I am to trying to get you to understand why you need to buy gold and silver to protect your quality of life. This is a little story by Chris Mayer that will bring my wishes home for you.

His name was Dick Baker. Mark Twain called him an old friend and wrote about him in Roughing It (1872). He was the pocket miner of Dead Horse Gulch.

Twain and Baker would wander up in the hills of California, panning for gold. Pocket mining was a specific method in which miners hoped to zero in on the richest deposits ‚Äúwhose vagrant grains of gold have escaped and been washed down the hill,‚Äù as Twain wrote, ‚Äúspreading farther and farther apart as they wandered.‚Äù

Sometimes all you needed was to find one spade‚Äôs worth of gold. That alone might pay $500 back then. ‚ÄúSometimes the nest contains $10,000,‚Äù Twain relates, ‚Äúand it takes you three or four days to get it all out.‚Äù The pocket miners told tales of finding $60,000‚Ä¶ even $120,000 worth of gold, a fortune in those days.

Investing in 2009 is a little like pocket mining: A lot of panning around looking for that worthy payoff. But for the first time in a couple of years, the business of gold mining itself looks attractive, for two important reasons. One has to do with the big picture. The other involves the underlying economics of gold mining, which are attractive even if the price of gold goes nowhere.

As to the first, I‚Äôll be brief, because it‚Äôs not the most compelling reason to buy gold stocks in my opinion, yet it‚Äôs the one most everyone spends most of their time talking about. It‚Äôs that the U.S. government is spending money like there is no tomorrow, which is bound to lead to printing a lot of money (read: inflation) and hence a rising gold price. It‚Äôs true, though: You couldn‚Äôt draw up a better scenario for gold than what‚Äôs going on right now.

Even some sharp-eyed value types ‚Äì usually buried in the footnotes of their favorite companies, rather than speculating on the price of gold ‚Äì find themselves drawn to the yellow metal. Indeed, some even seem apologetic about it. ‚ÄúWe never thought we would ever buy gold or gold stocks,‚Äù writes David Einhorn in his latest quarterly letter to shareholders of his Greenlight Capital.

He talks about his grandfather, who was a gold bug and for the last 30 years of his life bought only gold and gold stocks. Since the age of 10, Einhorn heard warnings from his grandfather about the ravages of inflation and the dangers of the government‚Äôs printing press. And of course, for most of those 30 years, gold was a lousy investment. ‚ÄúBeing patient is one thing,‚Äù Einhorn writes. ‚ÄúBeing ‚Äòwrong‚Äô for three decades is quite another.‚Äù

Behind the bigger picture, though, there‚Äôs a more compelling reason to buy gold stocks today. First: The price of gold miners as a group is off more than 20% in the last year, even though the price of gold has held firm. Add to that mix falling mining costs in 2009 and you have a recipe for explosive earnings.

As gold analyst John Doody points out, oil accounts for about 25% of the costs of running a mine. Gold miners use a lot of energy to power big shovels and dump trucks and to haul ore. The price of oil, as you need not reminder, has collapsed. It‚Äôs down more than 70% from its high in July. For the first three quarters of 2008, gold miners had to contend with an average oil price around $118 a barrel. Barring a huge rally in oil, gold miners will reap a windfall in lower oil costs oil since then. As I write, oil is $36 a barrel.

Not only will gold miners get the benefit of lower oil costs, the currencies of the gold-producing countries have all fallen against the dollar. This means their costs are lower today in dollar terms. Consider, for a moment, where the gold comes from. In the mid-1990s, four countries dominated gold production and made up more than half of global production. They were Canada, Australia, South Africa and the U.S. But by 2006, these four producers made up only about one- third of global production. Today, you see China produce a lot of gold, as well as Peru, Mexico, Chile and countries in Africa. (This is according to Frank Holmes‚Äô book, The Goldwatcher. The book, by the way, is a must-have manual for gold investors. Part II, in particular, has a wealth of gold investing strategies and insights.)

Many gold mining stocks today have assets in countries where the currency is falling against the dollar. As Doody says, ‚ÄúAll the commodity nation currencies ‚Äì the Canadian dollar, the Australian dollar, the South African rand, the Brazilian real, the Mexican peso ‚Äì they‚Äôre all down 20-40%. When your mining costs in those countries are translated back into U.S. dollars, they‚Äôll be 20-40% lower.‚Äù

Those two factors ‚Äì lower oil costs and currency effects ‚Äì mean gold profits should be higher in 2009 than in 2008 even if the price of gold goes nowhere.

I‚Äôll add one other reason to like gold stocks here: They did pretty well in Great Depression I. And history may repeat. Even at their lowest prices in 1933, the stocks of Alaska Juneau Gold Mining and Homestake Mining were still well above their 1929 highs. At their highest prices, they were 230% and 300% higher, respectively.

Old Bernard Baruch was a principal stockholder in Alaska Juneau. It was his largest holding in 1931. Baruch was a savvy old trader and investor. He knew where the soup would stick to the spoon after Roosevelt‚Äôs New Deal policies. It would mean a devaluation of the dollar and a rise in the gold price.

Eventually, gold did surge, and so did gold stocks. ‚ÄúBaruch reaped an especially large profit,‚Äù his biographer James Grant writes, ‚Äúfor he had been buying stock and bullion.‚Äù

Obama‚Äôs stimulus plan smells a lot like Roosevelt‚Äôs New Deal. And if this is the greatest financial test we‚Äôve faced since the Great Depression ‚Äì as I believe it will ultimately be ‚Äì then gold stocks may also be among of the few stocks to make new all-time highs in 2009.

If Twain were still kicking, I think he‚Äôd go look for his old friend Dick Baker, the pocket miner of Dead Horse Gulch, and head for those California hills.*

*from Chris Mayer, The Rude Awakening