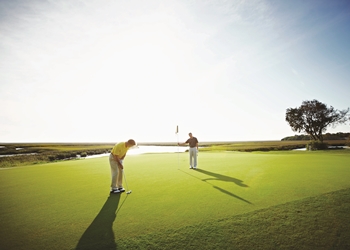 Amelia Island – The Amelia Island Tourist Development Council has reported another record-setting year for 2018, with 690,100 overnight visitors (a 3.6 percent increase) spending $515 million on island, a 6.3 percent increase over 2017. The popular destination has experienced nine consecutive years of taxable revenue growth, as well as increases in all other major visitation metrics. Tourism’s total economic impact in Nassau County in 2018 topped $678 million, an increase of 6.3 percent over the previous year.

“As these latest numbers show, we’re attracting visitors who are willing to stay longer, spend more during their stay, and help fill available rooms during slower times of the year,” said Gil Langley, President and CEO of the Amelia Island Convention & Visitors Bureau. “By focusing on visitor yield over volume, we’re reaching our goal of creating a sustainable tourism industry that maximizes benefits for Nassau County.”

“It wouldn’t be possible to achieve such consistent results without the ongoing support of our local tourism industry partners, city and county leaders and the community,” added Langley. “With that support, the award-winning marketing team at the CVB is able to execute a strategic marketing plan that works.” According to Langley, one area of weakness was international visitation, a result of uncertainties in the economy. International visitation to Amelia Island was down 2.4 percent in 2018, but that was following a 12.3 percent increase in 2017.

Also helping drive visitation during slower “shoulder seasons” are special events such as the Pétanque Amelia Island Open and Dickens on Centre, which together generated $3.5 million in economic impact in one 30-day period.

Tourism remains the largest private sector industry in Nassau County, accounting for 24 percent of total employment, with $128 million in payroll, and 36.5 percent of the county’s sales tax generated by lodging providers, restaurants and other tourism related businesses (a 6.5 percent increase from 2017).