As Amelia Island is growing a reputation as perfect filming destination, the Amelia Island Festival Committee has now also a list of committed and multi-talented movie extras lined up. 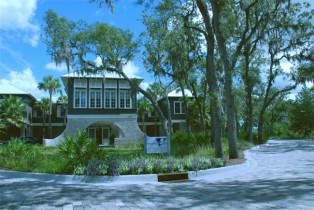 Since the late July Casting Call for extras, a film crew from Wonder Entertainment in California has been around the island with late night lighted beach sessions, water excursions and early morning dialogs.
Wonder Entertainment Producer Jane Kosek and director/story writer Sean Ackerman are about half way into turning Sean’s novel “the Diary of Preston Plummer” into a visual drama right here on Amelia Island. The published story line seems simple but deceives as a young man named Preston Plummer drives a young girl, Kate Cather, to her home on Amelia Island, FL where he uncovers dark family secrets. The dark secrets have a punch.

The cast is accomplished to say the least with Demi Moore and Bruce Willis oldest daughter Rumer Willis , who plays the female lead next to Trevor Morgan’s male lead as Preston Plummer. In the supporting roles are giant veteran actors such as Robert Loggia , Erin Dilly and Christopher Cousins.

80 Year old Loggia has a filmography longer than my arm with absolute highlights in Scarface, Prizzi’s Honor and Jagged Edge for which he was nominated for an Academy Award for Best Supporting Actor.
Loggia’s contribution to the Diary is definitely dramatic as we witnessed in today’s takes.

One of my favorite character actresses is Erin Dilly who is probably most noted for her portrayal of Truly Scrumptious in the 2005 musical Chitty Chitty Bang Bang, for which she was nominated for the Tony Award for Best Performance by a Leading Actress in a Musical and the Outer Critics Circle Award. And last but not least, New York born Chris Cousins  built a long and solid character reputation in dozens of TV appearances over the past 30 years.

Having been involved as sponsor to the Amelia Island Film Festival, SearchAmelia was honored with the invitation to shoot some video as the background of the production. Contractual limitations for actors made it so far impossible to nail down actor interviews, but just being on the set and witnessing the professionalism of logistical execution and organization is worth getting up for at 4:30 am this morning. Because that was the time the alarm clock ripped me out of a dream that never materialized. At 6 am, we (my wife who is an extra…and I) joined a group of some 50 excited islanders who all had indicated last month during the Casting Call that being an extra on this movie would be fun. I had our video and still cameras primed and ready to report on that fun, but noticed that a lot of glamour disappeared when local Casting Director Nadine Vaughan explained that a film set has two characteristics. One is that every action is based on “hurry up and wait” and two, there is no movie ever produced with an unlimited budget. Quite the contrary actually. Being an extra requires an “Act of Love”, and I was proud to see our local actors give so much love and brought their own snacks, even though Oyster Bay had a nice spread of coffee, beverages and cakes available for the early risers.

While filming the sunrise over the pooldeck I noticed two guys with a sign that said Oyster Bay Inn and Yacht Club and some posts moving to the front of the buildings and The Oyster Bay Yacht Club was quickly turned into the Oyster Bay Inn and Yacht Club. By the time light was “warm” enough for filming, an army of prop ants, young girls and guys who race around with signs, hammers, nails, window strips, light batteries and tri-pods and so much more, had transformed the stage look to fit the movie. And that’s when I caught a glimpse of the camera crew’s dry runs. A dry run uses a stand-in to mimick the real actor talent, while director and camera operator(s) figure out light, most dramatic effect, obstacles and what equipment to shoot with.

I was fully prepared to see some huge Panasonic 35 mm cameras line up to catch the yachtclub’s dining room, but was taken by surprise to learn how the digital age has changed especially big screen film making. The one and only piece of equipment resting on a shoulder extender seemed to be a state-of-the art Canon camera, no bigger than a professional SLR or my D-200. Definitely smaller than my Sony digital HD video camera!
I had heard through the grapevine that this movie was going to be shot on some exceptional equipment, but just the sheer size of it for a major motion picture blew me away.

In comparison, a dining room scene as in the Oyster Bay Yacht Club would have taken 2 days even less than 20 years ago. 2 Days for prepping, propping, mis-en-scene settings, light and action. Today each scene was in the can in less than 3 hours, from prep to finish. Actually I had told my wife when we drove up, not to expect any filming until about noon. Well…I was wrong!

Of course Oyster Bay Harbour (Inn for the occasion) and Yachtclub was the ideal location without interruptions, perfect weather, beautiful scenery and a perfect back up staff in manager Tawni Fitzpatrick, beverage manager Rick and Project Coordinator Rusty Footlik.

Tomorrow(Saturday) will see a bedroom scene in one of the luxurious Marina Villas overlooking the marshes and the river, while the yacht club is hosting a private birthday party and then next week there will be more water and boating scenes on the agenda in the marina itself.

We will be interviewing Producer Jane Kelly Kosek and writer/director Sean Ackerman in the next couple of days, as a prologue to a film destination future for Amelia Island. Stay tuned.