A new movie will be featured every Thursday night at Sheffields until the Rendezvous Festival opens on June 5, 2015. 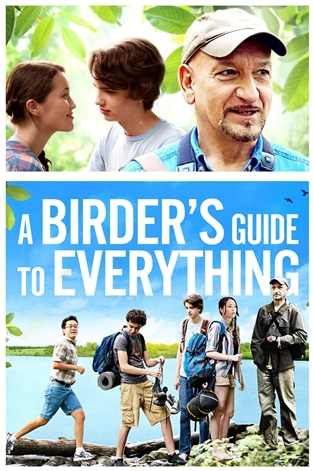 The Movie House, presented by the Rendezvous Festival and hosted by Sheffield’s at the Palace, continues this Thursday evening, February 12th, with The Birder’s Guide to Everything, directed by Luke Matheny.

Crossroad Films sums up the movie, “David Portnoy, a 15-year-old birding fanatic, thinks that he’s made the discovery of a lifetime. So, on the eve of his father’s remarriage, he escapes on an epic road trip with his best friends to solidify their place in birding history.”

Starring as David in The Birder’s Guide to Everything is Kodi Smit-McPhee, a young actor also seen in Twentieth Century Fox’s Dawn of the Planet of the Apes. Other actors in the film include James Le Gros, Daniela Lavender, Katie Chang, Alex Wolff and Ben Kingsley.

Director Luke Matheny received the Academy Award for Best Live Action Short Film for God of Love. After the Academy Awards in 2011, The Calgary Herald reported, “We didn’t know who Luke Matheny was before he won an Oscar for Best Live Action Short for God of Love, but we fell in love with him the moment the mop-haired director opened his mouth… the young filmmaker’s enthusiasm was infectious, and even the Hollywood elite applauded when Matheny thanked his mother…” And with his mother’s ties to Amelia Island, Fernandina Beach applauded him, too.

Hide Your Smiling Faces, a film that has earned a variety of awards and nominations, will be featured at The Movie House on February 19th.

A new movie will be featured every Thursday night until the Rendezvous Festival opens on June 5, 2015. The doors to Sheffields open at 6:30, and the movie screenings start at 7:00 PM. Tickets are only $10.00 and include a bag of popcorn. Hola! Cuban Café’s menu is available for order, and there is a cash bar.