Republic of Kazantip, Not Just Another Music Festival

Young adults in search for a place to be themselves, among themselves, build a beach music festival that attracts hundreds of thousands every year! 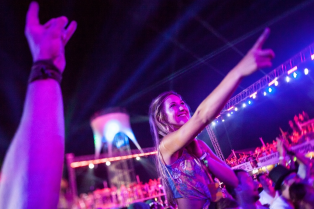 Armin van Buuren, one of the world’s best DJs, called Kazantip “the festival of festivals”.
With the world’s eyes on Sochi and the 2014 Winter Olympics, the Crimea Peninsula comes sharply into focus as a magnificent summer holiday destination and the place to be, especially for the Millennium generation, is Popovka and the Kazantip Techno Music Festival.

Kazantip is one of the largest and most popular electronic music festivals in the world, held annually in the village of Popovka on the Crimean peninsula only a couple of hundred miles west-northwest of Sochi. This small, somewhat remote town is not as widely known as Yalta, Sevastopol and other famous Crimean resorts, even though Popovka offers some of the most beautiful sandy beaches with crystal clear waters. Remoteness and pristine beaches were the main reasons why Popovka was chosen to accommodate this event. Actually the festival  grew out of small scale beach parties held by a group of windsurfers near the Kazantip headland in Crimea during the early 1990s. Later they proclaimed themselves the Republic of Kazantip – a utopian state with its own President, Constitution, laws and traditions. The idea of this event is to bring together young, open-minded people who gather every summer on the northern coast of the Black Sea to listen to music, dance, have fun and enjoy life far away from civilization. Not unlike youth destinations in the sixties and seventies like Matala on the island of Crete and Menorca off Spain in later years, young adults look for a place to learn to be themselves, among themselves.

Of course as with any successful concept, today Kazantip is widely known in Europe and insiders worldwide for its wild techno parties, where most people are dancing scantily clad to the sounds of electronic, trance and house music. The festival occupies a huge area, located directly on the shores of the beautiful Black Sea coastline. Dotted with dozens of dance floors, bars, restaurants the Kazantip Festival takes over the little quiet village. In recent years many special facilities for water sport enthusiasts and extreme sports have been added to the excitement. No surprise that some of the richest Russian oligarchs also found the destination ideal to escape from the prying eyes of the paparazzi, adding a Hollywood like feel to the destination. 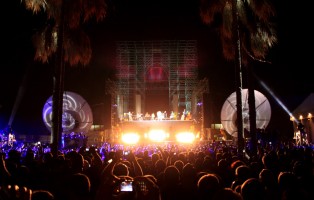 Each summer, in early August, Kazantip gets inundated with tens of thousands of party goers aged between 20 and 35 years. Many have come here every summer for years and became part of this breathtaking event. An intriguing detail to become part of it is, that you need to purchase a ticket called “viZa”. The whole concept of the festival is based on the idea of “Republic of Happiness”, a place where dreams come true. During the Festival many parties and special events are organized, including a New Year’s Party always celebrated on July 31st, apotheotic elevations and even wedding ceremonies.

Many of the repeat guests confess that the main reason they return year after year is the heady feeling of freedom you get when you cross the ‘border’ into Kazantip. Really, everything is possible at this place. Beautiful girls in bikinis, world renowned DJs, endless mixes of electronic music and wide range of gourmet offerings and of course alcohol are just a few features of Kazantip.

Over the years Popovka has adjusted to the demand and now offers a great variety of accommodations – from simple rooms and apartments for rent to luxury villas and hotels. Guests of Kazantip are strongly advised to book their accommodation in advance due to the popularity of the event. Unlike other festivals, at Kazantip you don’t have to buy tickets in advance. The so-called “viZas” are available at the door during the festival. A single day pass costs about 80 Euros ($110). A multi-entry viZa valid for the entire festival period costs 160 euros ($220). Due to its special nature, the Republic of Kazantip is only open to persons over 18 years. You can find more details about Kazantip at http://www.thecrimea.org.ua/content/view/123

There are a lot of videos on youtube showing the unique spirit of this event. Fair warning: Although more than 100,000 people attend Kazantip every year, some may find this event a bit strange or unsavory. And the truth is that KaZantip is not for everybody! But witnessed by 7 million Facebook likes on Dutch Super DJ Armin van Buuren’s Page, it looks like Rave, Dance or House music has a worldwide following that underlines its huge attraction.
Here are some impressions. 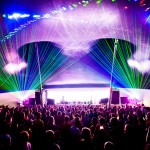 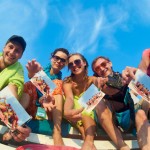 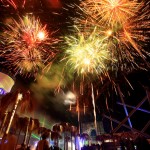 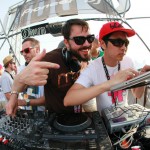 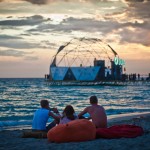 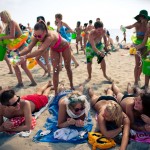