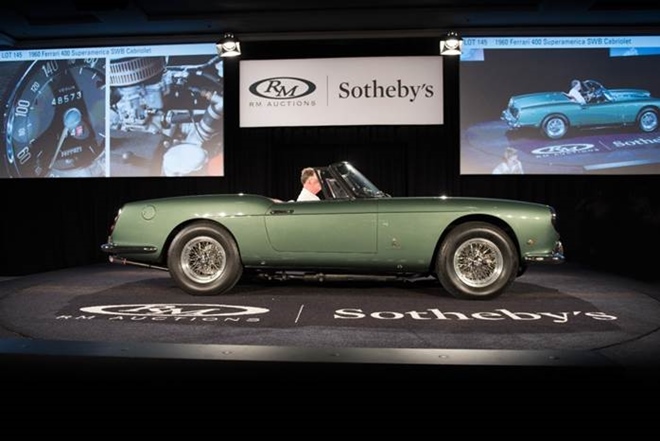 This result represents not only the highest total ever for a sale held during the Amelia Island week, but also exceeds the combined total of all other auctions this week, reaffirming RM Sotheby’s clear market leadership. The incredible 98 percent sell-through rate, which includes 13 individual million-dollar-plus results, is a testament to RM’s reputation for offering best-of-category automobiles.

Taking top sale honors of the day and of the entire Amelia Island Concours d’Elegance week was the 1960 Ferrari 400 Superamerica SWB Cabriolet, chassis no. 1945 SA, achieving a very strong $6,380,000 to comfortably set a new world record for the model at auction. Significantly, proceeds from car’s sale will benefit the consignor’s charity for the education of children.

“We were thrilled to present as significant a car as the 400 Superamerica here at Amelia Island”, said Gord Duff, Car Specialist, RM Sotheby’s. “Both the importance of the car and the success of RM Sotheby’s international team in uniting collectors with the world’s finest automobiles is reflected in its result. The outstanding sale total is a sign of the ever-expanding market for blue-chip collector cars, with bidders hailing from no fewer than 22 countries, of which 22 percent were new to RM Sotheby’s.”

Some of the most electric moments of the auction were brought about by the record sales of late model and emerging collectibles. Notable highlights included the exceedingly rare, six-speed manual 2007 Ferrari 599 GTB, which nearly tripled its pre-sale estimate at $682,000, smashing the previous auction record for the model. A pair of Ferrari 512 models also exceeded expectations, with the 1995 F512 M selling for $462,000 and the 1980 512 BB garnering $418,000. 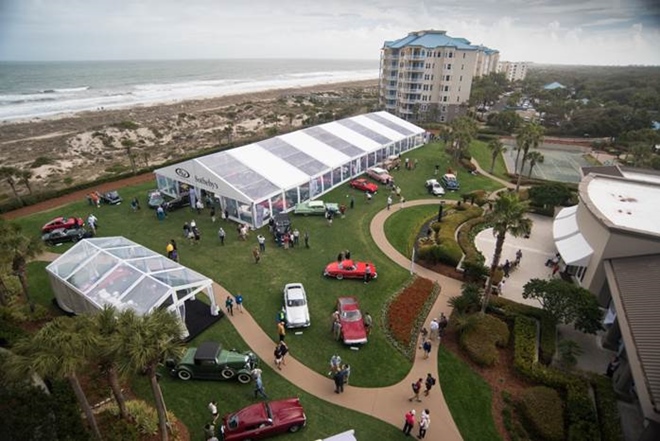 Demonstrating the diversity of the offering and RM Sotheby’s expertise across all segments of the market, additional top lots included elegant coachbuilt classics, racing greats of both the Pre-war and modern periods, and highly desirable sports cars of the 1950s, 60s, and 70s. 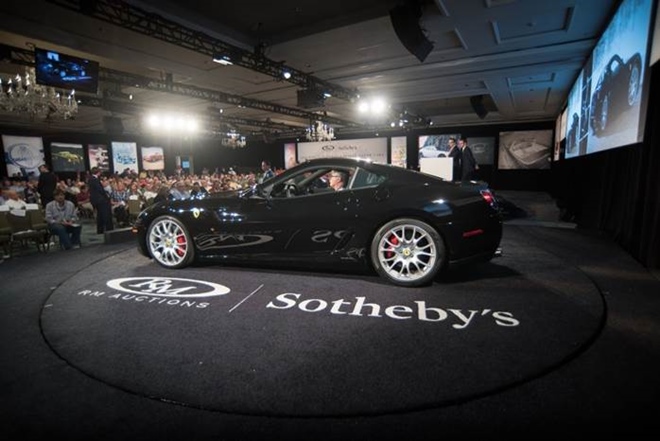 RM Sotheby’s continues its 2015 calendar in Fort Worth, Texas, May 2 with the presentation of the Andrews Collection. The most significant private car collection ever offered at a single-vendor sale, the Andrews Collection auction will present 78 of the world’s finest automobiles along with an eclectic assortment of memorabilia. Later that month (May 23), RM Sotheby’s returns to Lake Como, Italy, for its biennial sale during the celebrated Concorso d’Eleganza Villa d’Este.

Results are listed in USD and are inclusive of 10 percent buyer’s premium for automotive lots and 15 percent for non-automotive lots. Please note that results include sales that occurred immediately following the auction.