Watch our float in the 2014 Pirate Parade and subscribe to the daily updates. Expect to be correctly informed and hilariously entertained by the new SearchAmelia. 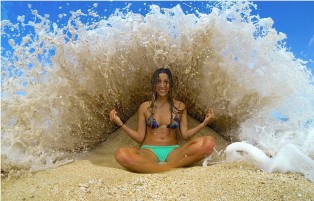 On May 29, 2008 we published the first story on Searchamelia, which had little to do with Amelia Island, other than that it was an early warning light for the economic downturn that was about to happen and its potential impact on tourism. Over time that blog story received more than 14,000 hits!
In the 6 years that followed we saw a meteoric rise in readership and subscriptions with impressive rankings and page views. A slow decline in these numbers in recent years were due to diverse business distractions which left on occasion not enough time to devote on the technological infrastructure nor constantly updating Search Engine Optimization techniques. To be honest, we did not consider ourselves front runners in online technology anymore and attacking a 6 year old structure with almost 10,000 blog stories and numerous manual changes, had slowly turned the idea of upgrading to the latest technology platforms into a potential nightmare. But…a couple of months ago we decided on taking the bulls by the horns and upgrade or internet capabilities to 2014. A couple of weeks ago we pushed the button of change, faced broken links and other technology nightmares and corrected the site. Last night we finally got Feedburner to work again and play nice with the theme. As a consequence many of our readers got a long email with stories dating back to April 11. Rest assured, if you’re signing up for daily updates now, you’ll faithfully receive them in your inbox every morning.

And last but not least, Judie and I have started to revive and restore SearchAmelia with an influx of new content contributors on the local, national and international scene.
We are proud and honored to announce that the following authors have committed to weekly column contributions.

Dave Scott – Fernandina Beach Wrecker – weekly
After his stint as weekly column contributor to the local newspaper, Dave started his own blog and has now agreed to write a weekly observation of curiosities and local weirdness for SearchAmelia and in turn we have promised to actively support his latest project called The Fernandina Beach News Wrecker. Details to follow.
Dave looks back at a distinguished 40 year career in journalism and communications, during which he developed a keen insight in the industry’s challenges and exaggerations, which he now exposes in true to form irony.

Jim Weinsier – Musings and Poetry – weekly
Jim Weinsier is an interesting man. The first time I met Jim I felt that his outward quiet presence hid a multi layered, highly intelligent human being. He was (and is) handy, a hands on problem solver and a man you can count on. The Petanque America needed a hands on tournament builder Jim came forward and made the organization look like a piece of cake. When the Blues Festival needed someone to calmly orchestrate the many facets of a festival grounds, Jim unassumingly offered his services and made it a success. What I didn’t know is the multi talented Jim Weinsier is also a poet, writer and painter and we are honored to expose many of his insightful musings, poems and observations in a weekly column and expect updates from him as main honcho of the Amelia Island Boules (Pétanque) Club, the largest one in the nation.

Keith Johnson PhD – Philosophy and Religion
Keith Johnson has been submitting stories to SearchAmelia for almost 2 years now. Sometimes with religious overtones, embedded in human philosophy, other times stories on improving life’s outlooks when facing defined and less defined mental and/or physical challenges, Keith Johnson brings home every day life and how to cope, change or develop someone’s reaction. If you can’t change the circumstance, change your personal reaction to it. His Amazon published book “If Life is a Grocery Store, I need better Coupons” illicit the following review: Dr. Keith Johnson continues to excel in providing thoroughly entertaining wit and wisdom for our journeys through life. Drawing on his vast experience in education, counseling, and personal choices, Dr. Johnson gives the reader an easy to follow way to achieve success in the most important aspects of life.

Nikolaus Menches – Europe- weekly
Nikolaus or Nick was born and raised in a suburb of Vienna, Austria. He frequently visited the US as exchange student and since for professional reasons. He’s a close family friend, so close actually that he is considered a son. Very smart, observant and cultured with a wide spectrum of interests, I asked Nick after his recent vacation stay with us on Amelia, to write a weekly column about a European’s observations of living in a Florida beach town, as well as provide us with on the ground information of developments in Europe. Nick is an executive in a Central European Online Real Estate company and commutes between his hometown of Vienna and the company’s Berlin Headquarters on a very frequent basis.

Pierre Guite – Real Estate – weekly
Pierre Guite started life many years ago in Montreal, Canada. As a true Canadian, he started his professional career as a hockey player. After retiring from hockey, he began a long Sales Career that included Medical Sales, Communication Sales and currently Real Estate. He and his wife left the northern cold at an appropriate time and moved to Amelia Island in 2003. We love the area and enjoy introducing Fernandina Beach to our many visitors. Pierre works with Keller Williams Realty and is a regular online contributor with his finger on the pulse of local real estate. Pierre embraces “Don’t fear the unknown……..Fear the untried!” as one of his guiding principles.

Rick Traum – A Lifetime of Movies and TV productions – weekly
Rick is widely known as the producer behind NBC’s Late Night Show during the Johnny Carson era, producer of many famous Radio City Music Hall productions, including the Rockettes and recipient of the prestigious Emmy. Rick has several pockets full of interesting stories about TV and the movie industry. When I first heard his name, I recalled seeing his cousins Happy and Artie Traum performing in Woodstock during the early 80s. But Rick’s pedigree is anchored in New York entertainment.

Ronnie Stoots – Travel / Hospitality – weekly
Ronnie is a multi-layered friend. He started his days out in the urban areas of Mississippi where religion became a major part of his upbringing, so much that he became an ordained minister and very accomplished musician, blessed with a voice that commands attention. As life moved on Ronnie studied finances and economics and became a financial advisor in Nassau County, first under the Edward Jones flag and later as an independent. His real passion in life however is travel. He loves seeking out and writing about new destinations and build custom travel packages. His upcoming attraction is the many facets of Italy and the Amalfi Coast.

There are several more contributing writers in the pipeline, such as a banker in London, a retired professor fishing and living in Norway, a sports and fitness expert, a musician in New Zealand, a retired policeman in the mountains of Panama and a native american historian.
Should you want to publish on Searchamelia, you may always contact Judie or myself, but keep in mind that regular frequency (at least every two weeks) is required to become a profiled contributing writer.

And to our readership: Thank you for your continued support…thanks to you the best is yet to come!