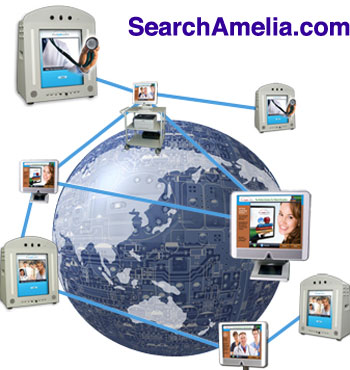 The SearchAmelia.com Web site launched a little over a year ago on May 28, 2008. We are now just 12 countries in the world shy of having reached complete global coverage. A goal we had set a year ago.

In our defense for missing the target, the missing countries are amongst the most remote and least Internet connected areas in the world. Except for one Asian country. most are located on the African continent.

Now to be precise about what this means requires researching some numbers. The United Nations represents 192 countries in the world. In addition there are Kosovo and the Vatican, independent countries but not represented in the UN and then there is Taiwan, technically a country but politically disputed, which brings the currently accepted number to 195. Now imagine that in 183 out of 195 countries, SearchAmelia has been viewed by people on a regular basis, a claim only a handful of websites can make.

We do expect that it will still take a while before the we can claim to be amongst the first in Florida to reach the 100% marker milestone, however we are proud to claim that SearchAmelia.com has raised the bar to reach this goal within the next year, and is to be counted amidst only a few Web sites in the world to have accomplished this.

Besides global reach, SearchAmelia.com is gaining spectacular traction inside the United States as well and the Web site’s keywords just surpassed 2,000 searches on Google alone on a daily basis, now this is in addition to thousands of regular and daily returning visitors via bookmarks and video sites. Of course the number of searches fluctuates per day but since about one week this number is holding pretty steady according the Google analysis tools, with the overall visitor numbers steadily climbing.

We are monitoring all indicators and we are certain that SearchAmelia.com will have some real surprises coming up in the next couple of weeks that will further boost the importance of the internet in attracting visitors, investments,¬†and (European) Real Estate interest to Amelia Island.

An alarming surprise however is the widespread unfamiliarity with Amelia Island and its location on the map and that many Floridians do not even know the location of Amelia Island according to the search result indicators. This being the case, we can imagine that people outside the United States will have an even tougher time finding Amelia Island.

As a first step to remedy this, we have included a Florida Map below with an inset of Amelia Island and its location and we will further initiate geographic recognition tools to the site. For now however, we are quite proud with this one year Anniversary achievement. 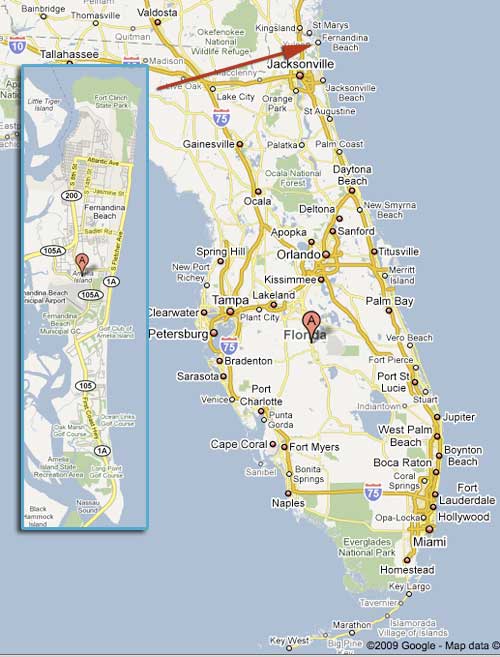