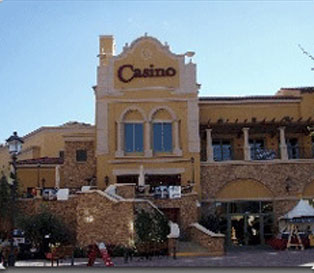 After last week’s news that Ritz Carlton Lake Las Vegas was closing its doors in May, as owner Deutsche Bank (Village Hospitality) refuses to put one more penny into the 400 employee strong daily operation, the Domino effect is now starting to topple other properties such as Casino MonteLago at Lake Las Vegas, which announced yesterday, it will close at midnight March 14. The closure is a direct result of last weeks announcement that the Ritz-Carlton would be closing on May 2. The casino opened in May 2003. John Tipton, a spokesman for the company, said the casino was in the middle of negotiations with other investors when the announcement of the Ritz-Carlton closure hit, resulting in those investors pulling out of the casino.

Other economic news from Las Vegas is confirming that Obama and other politician’s derogatory remarks about spending money in Las Vegas, is having a clear and devastating impact on the city.

Also the Green Valley Ranch Resort is looking at some serious implications as Station Casinos, a 50-percent shareholder in Green Valley Ranch, has filed for Chapter 11 bankruptcy for the company that manages and owns its share of the Henderson resort-casino. The Greenspun Corp., which owns the other half of the property, has not filed bankruptcy on its share and the resort itself did not file, either and daily operations are said to continue as normal.

On the strip there was more recession news as the 3-story FAO Schwartz in the Forum Shops at Caesars Palace quietly closed on Jan. 23. Now, all that remains as a reminder is the massive Trojan horse outside, which apparently will be removed soon.

There are however some good news indications for Las Vegas with the announcements that:
• Celine Dion is coming back to Caesar’s Palace in March 2011,
• the Superbowl Betting netted a $6.9 million profit for local operators and
• January marked the 4th month of visitor increase after 15 months of decline