Yes, I am a Pirate, two hundred years too late, but at least I can still talk the talk and walk the walk. 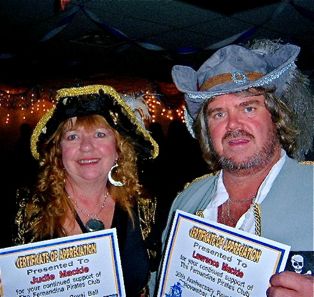 Hey Matey, have you heard the news? Today is Talk Like a Pirate Day all over the globe. I wonder if all modern day pirates in Somalia are taking the day off and go for a swim and a sunset BBQ?

If you’re not familiar with the story than you only need to know that the idea for such a day was born on a racket ball court in Albany, Oregon, sometime in June of 1995, and that funny man Miami Herald columnist Dave Barry picked up on the idea seven years later in 2002 and gave the grass roots movement a blinding push into notoriety.

Not until I moved to Fernandina Beach some four years ago did I realize that Pirates had surrounded me for the better part of the past twenty-five years. This is not unusual however in my defense, because in most of the Caribbean Islands, Pirates were still considered outlaws whose names should be whispered in dark alleys and under shady trees.

St. Thomas in the US Virgins, my first stop in my Caribbean “exile” featured Edward “Black Beard” Teach and a lore called “BlueBeard” without a traceable history as their contribution to historic piracy. Blackbeard’s Castle and BlueBeard’s Castle are now respectable hotels on Charlotte Amalie’s waterfront. The small islands in the Caribbean in reality have little active pirate history other than maybe offering hidden coves and bays to hide from the Spanish wrath after yet another successful raid on their fleet. I’ve sailed into many of them over the years.

Most pirates were in reality commissioned privateers or buccaneers, using their limited number of vessels to attack Spain’ s hegemony in the Caribbean, then called the Spanish Main. The reason why International Talk like a Pirate Day is turning into a movement is that most Atlantic Ocean and Caribbean pirates came from England, Scotland, Ireland or Wales. Captain Kidd, Henry Morgan, Edward Teach, William Kidd, Francis Drake, John “Calico Jack” Rackham, Anne Bonney and Mary Reed, they all started their careers as privateers in the name of the Queen of England. However the most successful Piracy operation of the 17th and 18th century was led by Indian pirate Kanhoji Angria, who amassed a fortune stolen from the British East India Company from about 20 bases of operation in the Indian Ocean. His reign lasted for a remarkable 45 years and amassed a true fortune until finally the British managed to conquer his island fortress Vijayadurg (Severndroog) south of the Port City of Bombay (Mumbay).

While writing this, my indiscriminate brain cells are working up a sketch in which an Indian Pirate talks English Pirate language. Can’t help but burst out laughing. It would be too much fun. 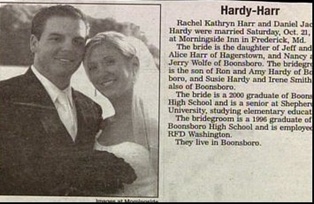 Another piracy hotspot was the Mediterranean Barbary Coast where Muslim buccaneers like the Greek Barbarossa brothers and Albanian born Murat Rais controlled the oceans for the Ottoman Empire. The French also had some real hard-nosed cruel buccaneers to offer to the period with the cannibalistic Francois L’Ollonias and Henri “Black” Ceasar. Having French roots myself I wonder how Pirate Talk in French would sound.

So turning my attention to Fernandina Beach on Amelia Island and its documented Pirate history, things get very interesting. Until French mariner Jean Ribault came ashore in 1562 the island was called Napoyca by the Timucuan tribe who had lived there since about 1000 AD. Ribault called it Isle de Mar. It was a short-lived period. Pedro Menendez claimed it for Spain in 1565 and called it Isla de Santa Maria (in the name of destiny and in the name of God). Fernandina was established in 1685, no doubt named after Spanish royalty. Then in 1702, British raiders came in and destroyed the town and for about 60 years it lay there waiting for action until the British finally raised the flag in 1763 and renamed the island after Princess Amelia, daughter of King George II, to what it is called today.

But in 1783 Spain took over the reins again, seven years after the USA had declared independence and with the new republic of the United States of America just across the river, the island became a Pirate’s Paradise for about 35 years.

The Spanish harbor of Fernandina turned into THE center for smuggling slaves, liquor and luxury goods into the USA. In 1817 Mexican privateer Luis Aury tried his luck and sailed with his fleet of three into the harbor and planted the flag of the Republic of Mexico on our shores. The following three years of pirate fun, smuggling and treasure burying gave the island its historic place among Pirate’s Nests of the World.

Today you can see the remnants of this golden ‘age’ of piracy embodied in a thriving Fernandina Pirates Club community and relics of those days can be found all through town. Hey, even former mayor Bruce Malcolm has an eye patch.

I will miss not being on island this Saturday, as I’m still exiled on the Caribbean playground of St. Martin. The pirates will be out in full force.

To end with, here is a line from Jimmy Buffett’s masterful ballad “A Pirate Looks at 40“.

‘Yes I am a Pirate, 200 years too late
The cannons don’t thunder
There‚Äôs nothing to plunder
I’m an over 40 victim of fate.

Amelia Island is the coolest island on the planet. Click here if you don’t agree. (http://www.amelia-contest.com)