Charity Events, In the News 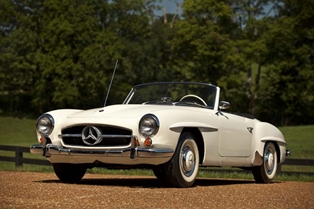 Santa Monica, CA – Gooding & Company, the world’s leading auction house for collectors of rare and exceptional cars, is honored to announce that Sheryl Crow will auction her personal 1959 Mercedes-Benz 190 SL Roadster in Pebble Beach this August to benefit the community of Joplin, following a devastating tornado that swept through this southwest Missouri city earlier this summer. An exciting opportunity for both car collectors and Sheryl Crow fans, the artist’s classic Mercedes-Benz will be presented for sale without reserve at Gooding & Company’s Pebble Beach Auction on Sunday, August 21, immediately following the prestigious Pebble Beach Concours d’Elegance.

Proceeds from the sale of the car will benefit the Joplin Schools Recovery Fund, created by the nationally-recognized Community Foundation of the Ozarks and its Joplin-based affiliate, the Community Foundation of Southwest Missouri, Inc. The Foundation has established a number of charitable funds dedicated to ensuring a long-term recovery for the resilient community, including its severely damaged schools.

“After the tornado in Joplin I was moved to help rebuild a city so close to where I grew up in Missouri,” says Sheryl Crow. “My hope is that the auction of my 1959 Mercedes-Benz 190 SL Roadster will bring in funds to help rebuild the schools in the area.”

“This is a very heartfelt donation to auction an item that has such special meaning to Sheryl and her family,” CFO President Brian Fogle said. “We very much appreciate how committed she is to her Missouri roots.”

“We’re honored that Sheryl approached us with this opportunity to auction her
Mercedes-Benz to benefit the people of Joplin, Missouri,” says President and founder David Gooding. “Over the years, we’ve sold more than $25 million in collector cars for charity at our Pebble Beach Auctions, which has generated a considerable amount of money for various causes and foundations. We’re delighted to be providing the same platform to Sheryl Crow and hope the excitement of her car generates a sizeable donation for this worthy cause.”

An iconic, grand-touring convertible, the stylish 190 SL being offered is white with a white hard top, optional black soft top and sport whitewall tires. Following a comprehensive restoration completed in 2005, the car now has fresh brakes, suspension, a reconditioned Becker Mexico radio with speaker and a new interior of black leather upholstery. Originally acquired by Sheryl Crow in 2005, the 190 SL has since become the artist’s and her family’s personal favorite. The 1959 Mercedes-Benz 190 SL has an estimate of $50,000 – $80,000. 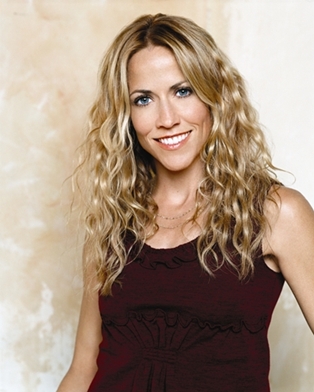 About Sheryl Crow
Sheryl Crow is an accomplished singer, songwriter, activist, environmentalist, and breast cancer survivor. The nine-time Grammy winner has released seven studio albums, two compilations, and a live album, selling over 35 million albums worldwide. She has performed with the Rolling Stones and has sung duets with Mick Jagger, Michael Jackson, Eric Clapton, Sting, and countless others. Her latest album, 100 Miles from Memphis, was released July 2010 and in early 2011 Crow, along with Chef Chuck White, released “If It Makes You Healthy,” a cookbook inspired by the seasons featuring vitamin-rich recipes. Crow is touring the states with Kid Rock this summer. Crow is a passionate supporter of a variety of environmental and health-related charities, including The NRDC, The Breast Cancer Research Foundation and The World Food Program. Last year saw the opening of the Sheryl Crow Imaging Center in the Pink Lotus Breast Center in Los Angeles.