Here is the artist line up for the 2013 Spring-Summer-Early Fall Sounds on Centre Street program in Historic Fernandina Beach. 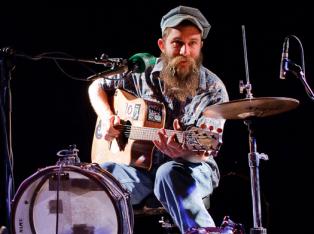 If Spring weather is ever going to cooperate with our outdoor plans of starting the 2013 Sounds on Centre Series, here is this year’s line up for the popular First Friday of the Month music series in Downtown Fernandina Beach.

April 5, 2013  Jim McKaba and the After Hours Band
Jim McKaba brings his 30-year background in blues and R& B together with a group of veteran musicians to lead his current group, the After Hours Band. Jim’s musical performance history dates back to the early 1970’s. At that time, great opportunities existed to perform with fathers of the blues idiom including Muddy Waters, Eddie Taylor Jimmy Rogers,

Pinetop Perkins, Big Walter Horton, Fred Below, S P Leary, and many others. The influence of his experience with these musicians guides Jim’s playing and arranging today. It also helped him develop the versatility that is often called upon when supporting other artists as a sideman or bandleader, and in leading his own bands on the piano or theHammond organ.

Jim has performed on blues festivals, concert stages and clubs for over 30 years, including Spring the Blues festivals 1993 – 2009, the Philadelphia Riverfront Blues Festival in 1993, the Amelia Island Blues Festival 2002, South Florida Boogie Piano Fest 2011, opening act for Sonny Terry and Brownie McGhee in 1976, Gatemouth Brown in 2003, and many other memorable performances as both an accompanist and bandleader. In a recent project, Jim performed and recorded with 1940’s blues great Crown Prince Waterford and co-produced the critically acclaimed CD All Over But The Shoutin’.

In 2006 Jim and his band toured France and headlined the blues stage at the Rendez-vous de l’Erdre festival in the city of Nantes. The band also released their second CD; The After Hours Band. Jim McKaba and The After Hours Band stays in tradition and keeps the dance floor full with blues, funk, and jazz. The band includes Jim on piano, Hammond organ and vocals, with Florida blues and jazz greats Josh Miller (guitar), Ben Champion (saxophone), Jon Buck (drums), and Ray Satcher (bass).

Jim McKaba and The After Hours Band will be featured at this year’s Springin’ the Blues Festival in Jacksonville Beach.

There is no May date
There is no Sounds on Centre in the month of May as the first Friday coincides with the Annual Shrimp Festival.

The band has been a long time in the making because of individual time constraints, but finally started coming together in the fall of last year. The Members are well known in the local community of Amelia Island, Fernandina Beach and Yulee, with combined stage experience of well over 100 years as musician artists. The joke is that the band’s initial name was suggested as Four Old Guys and a Blond Chick (FOGBC). Expect some vocal harmony magic.

August 2, 2013  Boukou Groove
With the lively international release of their debut LP “A lil’ Boukou in Your Cup” and the ability to maintain a dynamic tour schedule, Boukou Groove provides audiences with a genre-bending collective, touching on elements of New Orleans style Funk, R&B, Soul, Blues and Hip-Hop.

Formed in Destin, Fla. in 2010, Boukou Groove is the brainchild of singer/producer Donnie Sundal and New Orleans guitar luminary Derwin “Big D” Perkins. Sundal, sharing stages and recording with the likes of Sam Bush, John “JoJo” Hermann and Junior Marvin of The Wailers, creates an infectious blend of energy and enthusiasm as he showcases his multi-octave ranging vocals while sustaining his brand of lavish Moog bass lines. Big D  (Jon Cleary and the Absolute Monster Gentleman, Bonnie Raitt and Rockin’ Dopsie) provides his smooth and funky guitar licks largely based on improvisation and feel alone. Together, no matter what the venue, the band provides their distinguishing style and creates a kinetic environment that’s easily spread throughout the audience.

September 13, 2013  Albert Castiglia
This Sounds on Centre spectacle officially opens the Amelia Island Blues Festival, which continues at the Riverfront on Saturday September 14. Tickets can be purchased Here.

Castiglia (everyone should know how to pronounce his name by now, since he headlined the 2011 Blues Festival and graced us with an Encore at the 2012 Festival) is Keepin On – and much more. Look for a great music weekend in the middle of September.

October 4, 2013  Ben Prestage
Ben Prestage grew up in the swamp country of south central Florida. Ben’s musical influences began with his Great grandmother, a Vaudeville musician who toured with Al Jolson and participated in the popular medicine shows of the 1920’s. His mother was a Boogie-Woogie pianist and painter that performed for Ben at a young age. On the other side of the family tree, his grandfather was a Mississippi sharecropper that turned Ben onto the sounds and culture of Mississippi Delta and Blues in general.

Ben Prestage began his musical career as a busker (street performer) on the historical Beale Street of Memphis, Tennessee. There he perfected playing his cigar box/banjo alongside his drum-kit, which always attracted people’s attention. Ben learned a lot from playing on the streets of Memphis including working with John Lowe, (inventor of the Lowebow, a type of diddley-bow that he plays), Robert Belfour, and Richard Johnston.

Since, Ben has returned often to Memphis for the International Blues Challenge which consists of the world’s largest gathering of Blues musicians. Within three consecutive years he took 4th, 3rd, and 2nd place in this prestigious event. He is the only two-time recipient of the Lyon/Pitchford Award for “Best Diddley-Bow Player.” Ben’s interesting approach to instrumentation, (fingerstyle guitar, harmonica, banjo, lap-steel, fiddle, resonator guitar, foot-drums, vocals, and his award-winning original songwriting) has earned him invitations to perform across North America, Europe, and as far away as North Africa.

He is the recipient of “The Most Unique Performer” at “The Song- writers’ Showcase of America” and is currently nominated for an Independent Music Award and a Blues Music Award. All awards aside, Ben has proven himself, through his live performances, to be the part of the future of American Blues, Roots Music, also called and Americana. From the swamp county of the Everglades, to the historic streets of Fernandina, Ben Prestage is a performer in every sense of the word.