Our neighbor to the North is on the short list to lose the economic and security impact of a Coast Guard unit that was placed in St.Mary's after 911 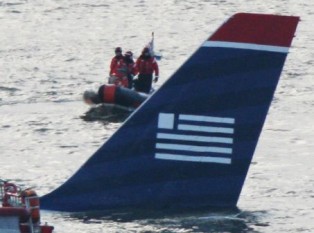 Our neighbors to the North, St.Mary’s and Camden County are on the short list to  possibly lose the economic and more importantly the security impact of a Coast Guard unit, that was placed in St.Mary’s after 911. The Coast Guard is decommissioning five of 12 similar units, the Maritime Safety and Security Teams, as part of a 3.3 percent budget cut that will also eliminate 1,100 active-duty positions.

But the Georgia House of Representatives unanimously voted yesterday to urge the U.S. Coast Guard not to disband the unit based in St. Marys that was organized in response to the 9/11 terrorist attacks, as the 85-member port-security unit has an economic impact on Camden County of about $9 million yearly. The St. Marys unit has six vessels and three teams of experts in demolition, marksmanship and canine handling for the detection of weapons and explosives for harbor protections and in addition shares many cost saving facilities and buildings with local government and law enforcement outfits.

Even though State Representative Cecily Hill, R-Kingsland uses the economic impact as her initiative for sponsoring this bill, it should be noted that  military bases are never put anywhere to provide jobs or for the benefit of a community’s economic stability.
When a mission is no longer needed in an area, then it’s time to disband and leave is the general approach.
Reason why Hill’s plea, based on the claim that “Camden County has lost 100 businesses to this recession”, maybe begging at the wrong door.

The St.Mary’s location for this Unit was chosen to primarily cover the major ports in North Florida, Georgia and South Carolina and with Jacksonville, Fernandina, Brunswick, Savannah and Charleston in the immediate vicinity, this Coastguard Team’s functionality and strategic deployment should be considered of utmost security importance to the area. All these ports combined have a major economic impact on the US economy, which should be the first and foremost reason for this Bill. In the Coastguard’s initial proposal to the intended budget cuts, the remaining units on the East Coast are in Miami, Boston, Chesapeake Bay and Galveston, Texas. Not much marine protection for major ports in our neck of the woods. The Florida Tidal Coastline alone is a good 2,200 miles. One team and six vessels in Miami are not going to make a difference if the need should arise.

I’m all for less government spending, but for heaven’s sake, use intelligence when it comes to defining where to save and what to protect. Sea Ports need more attention than Airports and air marshalls are a complete waste.

The measure next goes to the Senate for consideration. If passed there, copies will be sent to the Coast Guard and President Barack Obama.