While Washington and Wall Street push us to believe in a recovery, main street expresses lack of confidence as a result of banking shenanigans. 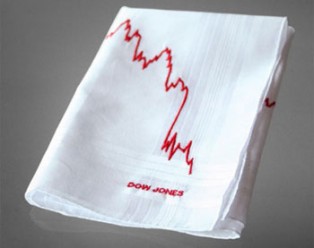 Wall Street taking you for a ride

Amidst all the noise of recovery and jubilant political statements that the recession is behind us, Americans in growing numbers express their doubts by withholding confidence to this Wall Street – Washington game. And they are right on the money, even though they may be increasingly without it.

Last year the FDIC closed a total of 137 banks according to their website, of which 14 were in Florida (10.2% of all bankruptcies). So far this year they officially closed 27 banks (4 in Florida), but that is less than expected as the federal government has handed banks a way to “cook” the books. Exactly a year ago Congress gave the American Banks the gift that keeps on giving, by allowing banks to transform losses into profits by replacing traditional market-to-market accounting into a new system that still does not require transparency in the pricing of asset-backed securities (ABS), including mortgage-backed securities (MBS) and collateralized-debt obligations (CDO) that are all widely held by banks. The banks like this very much, because they can still hide behind the accounting gimmickry that masks unrealized losses and kick them down the road to offload in better times.

You see, bank’s financials are different from those of typical companies. It gets a little complicated, but it boils down to this; its balance sheet is basically flipped…
A bank’s loans are actually considered its assets while its liabilities are the deposits it’s holding. So the cash on hand – which would be an asset at any other company – is actually a liability, since someone’s expecting to get that money back. And as an originator of loans, its lending activities – again, normally on the liability side of the sheet – are its assets…even though the possibility of default means they’re still something of a liability and that liability can now stay suspended from showing up on the books. Reason why many insiders belief that many more banks are actually under water and are now waiting to offload a lot of their unwanted paper in a perceived orchestrated recovery.

Yet, good people with solid credit ratings and proven track records have great difficulty obtaining loans or even overdraft facilities because large banks rather buy treasury bonds and supersize the stock market with the money they made off the bailouts. It’s no coincidence that in a year’s time the stock market went from a bear-market low to a near-record-setting stock-market rally that sent U.S. share prices on a 70% rocket ride creating a situation where banks are given the opportunity to push previously condemned write offs down into a decade in search of economic recovery.

As much as the next person I would love to believe that the recession is behind us, but I don’t. There is still way too much inventory in real estate, small businesses, the backbone of Main Street America, are still suffering without any financial relief in sight, the absorption process of workers from essentially non returning professions is slow to non existent, there is a huge unevenness in geographical economic prosperity and most stimulus projects initiated are facing opposing politics. Look at the figures and look where the figures come from and then realize that there is a 1000 point drop day planned in the near future, followed by a 750 point rise, just to fleece a little more. Carefully prepared opportunities for banks to offload some more bad paper.