Virtuoso, the specialist in luxury travel, is clearly outlining its online future by solidifying strategic partnerships with upscale membership websites. 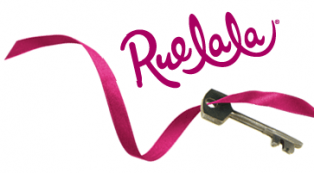 Almost at the start of last week’s annual Virtuoso Travelmart at the Bellagio in Las Vegas, the announcement came that Virtuoso had made a deal with Rue La La, a website that describes itself as offering “private sale boutiques”, each open for just a brief window of time. The site’s focus is a well-edited collection of sought-after offerings from the best clothing and lifestyle brand names in the world, combined with helpful service.

A brand that just last week adopted the opportunity of short selling quality bargains to the young and affluent market at Rue La La is Norwegian Cruise Lines, citing that the decision to partner with the 2.2 million member bargain shopping site was largely driven by the fact that this market segment is entirely online oriented. To be a member and shop on Rue La La, you have to be invited by an existing member so it says, which is a profiling marketing tool that may be frowned upon by many, yet is very effective in bundle selling. Reality however is that if you click on the website, you are invited to join without any form of recommendation from existing members.

The offerings are directed to a new generation of quick decision buyers who are challenged by a 2 or 3 day buying window opportunity. And with a computer keyboard at their fingertips, young, affluent, upwardly mobile peer groups, enjoy the opportunity to get quality brands at absolutely basement bargain pricing. The claim that you have to be “invited” to become a member may add to the status, but is not really true. As you can see, you can quickly sign up to the site by being invited by Rue La La themselves, which does necessarily mean a weakening of the peer claim, since you apparently consider yourself a part of their incrowd by signing up. 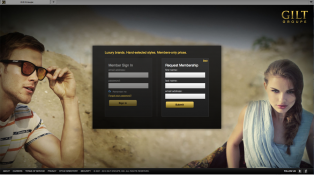 The Target Market is Clear Cut

The Gilt Groupe, a similar luxury brand fashion website that operates out of New York, features designer fashion at up to 70% off and membership is also “by invitation only”. There is a recognizable eBay experience in the business model as is confirmed on the website’s founders history.

Norwegian Cruise Line’s initial window bargain was a 20% off seven day cruises to the Eastern and Western Caribbean on the Norwegian Pearl between October and December 2010, a traditionally already bargain time period with wide open capacity.

For many Virtuoso members the partnership with Rue La La came as a surprise, considering historical apprehension to online travel sales, but in my opinion if done right, this may just help members getting access to a growing group of urbanites that often look at travel as an impulse buy, mainly done over the internet.

As one group representative said: “Hearing about and purchasing a vacation in only 48 hours opens up a world of issues if the proper research isn’t done. It’s exciting and spontaneous, but only if we can trust the brand to be of prime quality.”
He added that he definitely sees this approach as a part of the future of travel, a sentiment shared by 2.2 million members on Rue La La.

For Virtuoso and its agents this is actually a natural progression from its first steps onto partnering on the internet, as we reported a while back on its “tying the partnership Knot” with theknot.com to offer exclusive honeymoons to its millions of subscriber-members.