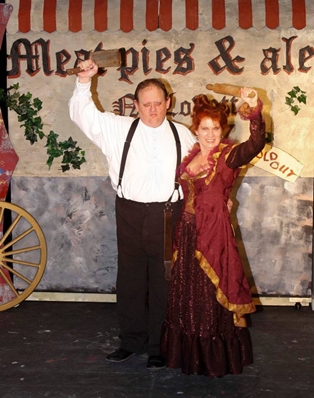 Sweeny Todd will be running on weekends from October 9 to November 1, 2014, at 7:30 pm, at the Amelia Musical Playhouse located at 1955 Island Walkway, in Fernandina Beach, Florida.

It is rare to find a musical thriller, and Stephen Sondheim and Hugh Wheeler’s have created a chilling, suspenseful, and heart-pounding masterpiece of murderous barber-ism and culinary crime. Unlike the movie version, violence is artfully suggested.

Directed by AMPs Managing Director, Jill Dillingham, and produced by Arlene Filkoff, this cutting-edge musical redefined the boundaries of musical theatre by presenting the audience with a deep, dark and mesmerizing journey into Victorian London.

The play tells the infamous tale of the unjustly exiled barber who returns to 19th century London seeking revenge against the lecherous judge who framed him and ravaged his young wife. His thirst for blood soon expands to include his unfortunate customers, and the resourceful proprietress of the pie shop downstairs soon has the people of London lining up in droves with her mysterious new meat pie recipe! 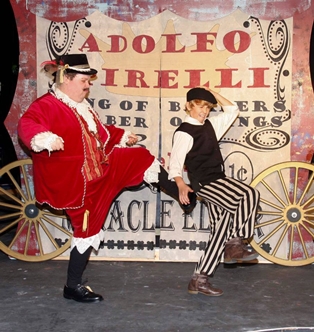 Due to intense subject matter, Sweeney Todd is not recommended for young children.