Teach Your Children to Prepare for Failure

Nobody is eager to admit that failure is a human condition. Preparing for failure is the first step to success. 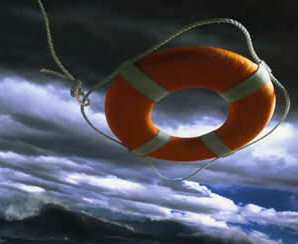 Today we’re welcoming Dr. Keith Johnson to our team of regular writers, authors and contributors. Dr. Johnson has an impressive record of dealing with the human social and psychological condition and has made it his life’s objective to educate, guide and assist people from a deep Christian belief.

Today’s contribution deals with accepting failure as an inherent human condition, that if properly prepared for gives strength, rather than anxiety.

As anyone with more than a couple of years of serious living under their belts can vouch for, staying adept in this turbulent and often boisterous world is as difficult as trying to figure out a politician’s best behavior during election time.

Exposure to the emotional experiences of life’s grinding mills will teach anyone honest with him/herself that the chances of failing most often outweigh the confidence of success. Learning how to prepare yourself for failure is one of the greatest secrets to succeeding.

Facts first… in spite of well wishers and confidence gurus: You are going to fail. If you think any differently, you are terribly mistaken. And what’s even worse, you are probably not teaching your kids either that they are going to fail. You are not trying to prepare your children for the mistakes they are going to make. And that in itself is a terrible mistake.   It is essential that all people learn their own inconsistencies, and stop fighting themselves thinking they can just drop into success without going through the preparation of failure.

All of us are failures. For us Christians it first happened when Adam ate the apple in the Garden, and that process of failure through choice has continued in every human being; and normally, I think that would include you.  We are prone to our own problems, we make mistakes, we fail often. But that isn’t what we teach our children: Indeed, we teach them that they need to be successes, that they should be rich, that they should have a prosperous family, and their worth is determined by their social and occupational status. None of this is true.

Do you know a perfect human being, one who has never made a mistake? Of course not. And I would be very uncomfortable with one who claimed, other than accompanied by the wink of an eye, he had never made a mistake. At the least I would feel we had nothing in common. It often is not hard to note our own mistake, but it is often difficult to point out the failure in others. Indeed, it is not our job to point out someone else’s failure. We should be so busy trying to keep ourselves on track that we have no time to worry about someone else and what they are doing.   One of our greatest failures is that we become comfortable in our mistakes. We become so used to living with our problems and the poor habits that we have developed that we often rationalize our actions to believe that they are all right no matter how wrong they may be or whom they hurt.

A student knows that coming late to school is wrong the first time. But if that student finds out after a while that he can get away with it, coming in late becomes comfortable, and soon in his mind being late is not wrong at all. Even a Hit Man will have trouble on his first contract assignment, unless he was previously sanctioned to kill in the military. But after a while he can adjust his conscience to kill time and time again and it doesn’t bother him any longer. There are police records of some stating they very much came to like it.

A similar emotion happens in a relationship, when a woman gets used to being physically abused and cannot have a relationship with anyone who treats her kind, but returns to the abuser because that is where she has become comfortable. By the same comfort, a man becomes an alcoholic or a drug addict. We live with these failures, and by example we often encourage these failures in our children through example.   To understand that we are going to fail often, no matter what we do, is a step towards successful maturity. Every parent knows after a few years that no matter how much he loves his child, he will often fail in being a good parent.

The point is if that parent were trained better in how to deal with such failure, and could turn that failure into some kind of success, the entire episode would be better handled.

To fail without preparation is preparing to fail.

John Maxwell is an expert in pointing out the two primary forms of failure: (1) Failing Backwards is the most common failure among us; (2) Failing Forwards is learning from your failures and then moving on to find your success because of your failures. In fact, he suggests there is really only one failure in the human condition, and that is to quit because of failure.

When we make a mistake, we have two choices: To fail backwards is to blame others for what has happened, to refuse to admit we have done something wrong, or to never be aware of what we have done because of moral ignorance and refusal to believe we have a responsibility to our fellow man. To fail forwards is to accept the blame, accept the responsibility, make no apologies for what has happened, and insist that we learn from our mistakes and try not to let it happen again.   Business is known for its failure. But how many businesses, if they just hung on for a little while, could have broken through to success?  How many times do you hear the regret, if I’d just hung in there a little longer…

We can learn how to develop a successful business simply by following certain rules of noting our obligation to other people. A successful business must utilize our talents to meet a common need, and to meet that need better than anyone else. Seldom will this menu for business success be followed until we have failed many times, and learned from our mistakes.

So it should be with our life lessons. We need to meet other people’s needs in such a way that our mistakes have served not only our maturity, but helped us to learn how to meet the needs of others, and certainly share our experiences so that someone else can learn from our mistakes. “He who does not pay attention to history is forced to repeat it.” One thing we should learn from history that will help our future is that we need to teach our children how to properly fail. They have been so entrenched with the business of success and the great stories of glamor that they hear everyday that they don’t realize these stories come with a great price of mistakes.

It took over a thousand times of trying before Edison finally found a filament formula to make the lightbulb work. Walt Disney had to claim bankruptcy much more than once before he was finally able to build Disneyland.   Nothing worth attaining comes easy, and if it does, we are most likely to take it for granted. If our children know that they are bound to fail because it is part of the human condition, and that failure is not the problem, but what we do with the failure which will ultimately determine our final fall or success, they will be better prepared to handle their future and ours.

The only real failure that exists belongs to the person who makes a mistake and then quits.   We are not the mistake; We make mistakes, and we also make successes. If we persevere, our mistakes will be the training tools to bring us to the height of our success. And your child needs to know that failure is a necessary part of the process of life, and like it or not, he or she will be a participating factor of our joint failure. For the sake of our success, thank God he will!