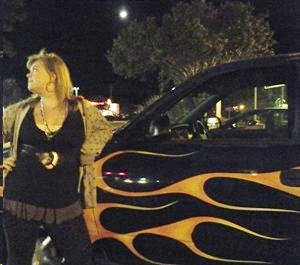 Press release – U.S. high school students have shown significant progress over the past two decades in improving many health-risk behaviors associated with the leading cause of death among youth—motor vehicle crashes—according to the 2011 National Youth Risk Behavior Survey (YRBS) released today by the Centers for Disease Control and Prevention. However, youth are engaging in other dangerous practices such as texting and emailing while driving.

Although motor vehicle crashes account for more than 1 in 3 U.S. teen deaths each year, findings from this survey show dramatic improvements during the past 20 years in motor vehicle safety among youth:

Despite this progress, the YRBS found that the use of technology among youth has resulted in new risks; specifically, 1 in 3 high school students had texted or e-mailed while driving a car or other vehicle during the past 30 days.

The survey also found that 1 in 6 had been bullied through email, chat rooms, instant messaging, websites, or texting during the past 12 months. 2011 was the first year the YRBS included questions about bullying through electronic media and about texting or emailing while driving.

“We are encouraged that more of today’s high school students are choosing healthier, safer behaviors, such as wearing seat belts, and are avoiding behaviors that we know can cause them harm, such as binge drinking or riding with impaired drivers,” said Howell Wechsler, Ed.D., M.P.H., director of CDC’s Division of Adolescent and School Health. “However, these findings also show that despite improvements, there is a continued need for government agencies, community organizations, schools, parents, and other community members to work together to address the range of risk behaviors prevalent among our youth.”

The 2011 YRBS results show that high school students still engage in risk behaviors that are harmful to their health and increase their risks for disease and injury:

About the Youth Risk Behavior Surveillance System
CDC’s YRBS System is the only surveillance system designed to monitor a wide range of priority health risk behaviors among representative samples of high school students at the national, state, and local levels.

More than 15,000 U.S. high school students participated in the 2011 National YRBS. Parental permission was obtained for students to participate in the survey and student participation was voluntary, and responses were anonymous. States and large urban school districts could modify the questionnaire to meet their needs. The 2011 YRBS System report includes national YRBS data and data from surveys conducted in 43 states and 21 large urban school districts.

The 2011 national YRBS is one of three HHS-sponsored surveys that provide data on substance abuse among youth nationally. The others are the National Survey on Drug Use and Health (NSDUH), sponsored by the Substance Abuse and Mental Health Services Administration -a primary source of statistics on substance use among Americans age 12 and older (www.oas.samhsa.gov/nhsda.htm), and the Monitoring the Future (MTF) study funded by the National Institute on Drug Abuse –part of the National Institutes of Health– and conducted by the University of Michigan’s Institute for Social Research (monitoringthefuture.org). The MTF study tracks substance use and related attitudes among students in the eighth, 10th, and 12th grades.

The 2011 YRBS data are available at www.cdc.gov/yrbs.