Blogs, Editorial, In the News, Technology

Under the false pretense of protecting Netflix and Rhapsody, recording industry in Tennessee gets Law against sharing passwords. 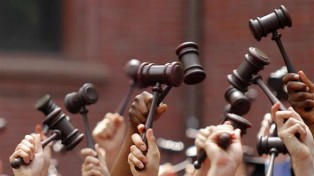 Legislating what cannot be Curtailed with yesterday's Methods

California is working hard to get an Internet Tax into Law to battle the State’s enormous debt and Tennessee’s legislature just passed a Web entertainment theft bill. Besides the futility of trying to stop technological advancement that has not even shown its true potential yet, it is also abundantly clear that industry lobbying on a state level is becoming increasingly powerful.
State lawmakers in country music’s capital Nashville have passed a groundbreaking measure that makes it a crime to use a friend’s login — even with permission — to listen to songs or watch movies from services such as Netflix or Rhapsody, at least that’s what the lawmakers tell the media, who in turn tell us.

The bill, which has been signed by the governor, was pushed by recording industry officials however in their vain effort to try and stop the loss of billions of dollars to illegal music sharing. Nothing really to do with Netflix for example. They hope other states will follow and make it a nationwide thing.

And yes here we go again, another effort from an industry that depends on widespread sharing to sell their products, yet lack the creativity to develop a new business model to do just that, without asking authorities to protect them from the big bad wolf, the consumer.
The Tennessee legislation is aimed at hackers and thieves who sell passwords in bulk, but its sponsors acknowledge it could be employed against people who use a friend’s or relative’s subscription.
Those who share their subscriptions with a spouse or other family members under the same roof almost certainly have nothing to fear, according to lawmakers involved in pushing the bill. At least for now. Blatant offenders — say, college students who give their logins to everyone on their dormitory floor — could get in trouble however.

A Law with False Pretenses

The fact that this Tennessee Law hides behind false claims doesn’t seem to bother anyone at this point. Mentioning Netflix and Rhapsody as companies to protect is an abberation, as both these companies have many safeguards in place to prevent excessive sharing (starting with the fact that you can “only” have six active devices on your account, followed by the fact that your recommendations get less effective the more you share your account with someone with disparate tastes — as anyone who shares their account with a spouse will tell you).

This Law was pushed by the Recording Industry types, not Netflix or Rhapsody. They had nothing to do with it other then being used as the most pervasive example of violation of this law because they’re just easy examples. It’s all about who pays for enforcement and prosecution.
In legal terms this law should frighten us all as it moves us closer to a future described in the 1997 piece by Richard Stallman titled “The Right to Read“ .

To put it simple: Sharing a password has not been considered an Act of Infringement until now, it just enables the potential of an infringement to happen. This Law makes sharing a Password to in this case an Entertainment Subscription Service a CRIME, rather than an act giving rise to a civil (contractual or tortious) liability

In the meantime Washington is pulling the rug from under ‘youTube’s mission statement, while proposing a Bill that makes streaming (embedding) copyright infringing videos or audio a felony. This is your future: If you embed a YouTube video that turns out to be infringing, and more than 10 people view it because of your link… you could be facing five years in jail. Not only is this ridiculous and frightening, it suggests once again we are surrounded by politicians who are regulating a technology they simply do not understand.

A major reason the industry lobbies want to criminalize this stuff is to shift the burden of enforcement to the tax payer. If it’s a civil disagreement it falls upon the industry to spot where their rights are being infringed and do something about it, send a take down notice, file a suit, etc. Obviously they rather have us taxpayers pay for the pleasure of being prosecuted.

And to take the potential of this type of legislation really into the ridicule (for now) here is a (for now) hypothetical example to keep in mind: “The Houseowners Association of America announced today their support for a bill that would make it punishable to share your rented home with non-family members. “This will put a stop to the losses incurred to property owners by people crowding their homes with strangers”, a spokesman for the HAA said. It is widely believed the bill will also boost the property market, thus allowing the mortgage financial markets to recover.
You laugh? Many cities have laws like that (Boulder, CO has a limit of four unrelated people under one roof), mind you they claim to be intended to prevent people from running brothels… but still …the law allows for enforcement of many other scenarios.

If they can criminalize it, state enforcement agencies are going to be needed to detect the crimes, and state legal agencies will be burdened with prosecuting them. Considering the current state of financial affairs of most States in the Union, enforcement may be an issue for now, but we all should be aware that once a law is on the books here in the US, it’ll be there 50 or 100 years from now, when enforcement may turn this country into one big prison colony.