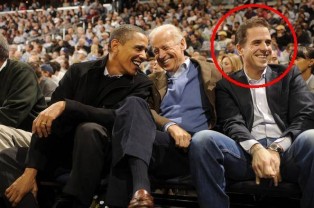 Amidst news and rumors of TV show cancellations, (who in their right mind cancels a show like REVOLUTION?) it is rumored that Washington is putting a Blacklist together of Russian oligarchs that own shiny toys, with the intent to confiscate these toys in retaliation for alleged wronging in the Ukraine crisis.

Let’s back up for a second. First of all let’s define the proper description of the word OLIGARCH. An oligarch is someone who belongs to a small elite that wields true power through financial means and/or absolute political control. Obviously history has offered many reincarnations of oligarchy, but for the US government to start a witch hunt into the Russian oligarchy is as black as the kettle of irony.
Why? Well for starters because current conditions in the United States are very oligarchic in nature and what’s more, it’s quietly supported and endorsed.
So much actually that in spite of politically worrisome developments in Russia, the oligarchs of the world quietly join forces and merge interests. How else would you interpret the fact that Vice President Joe Biden’s son Hunter and a close friend of Secretary of State John Kerry’s stepson Christopher Heinz, Devon Archer have joined the board of the largest Ukrainian gas producer controlled by a former top security and energy official for deposed President Viktor Yanukovych.

Interestingly enough there is another American involvement in Burisma Holding, the Ukranian gas firm, where American Investment banker Alan Apter became Chairman of the Board last year, and the arm length relationship with Rosemont Capital, co-founded by Mr. Archer and Heinz college room mate and Ketchup heir Christopher Heinz. Both Rosemont and the White House claim ‘innocence’ of influence peddling and describe Biden Jr. and Archer’s activities as those of private citizens. Well that smoke screen is a bit flawed knowing that Burisma has now added deep U.S. political connections to its arsenal.

Most people have no idea what government is about. They think it is a benign institution, designed to make life better for everyone.

This myth helps keep the voters and the taxpayers in line. Some governments, desperate to get more “buy in” from the public, even insist eligible voters go to the polls – or face penalties.

In Argentina, for example, you can collect welfare benefits – but only if you can prove you voted. In other words, you have to stand on your hind legs before they throw you a bone.

Other countries, such as the US, merely excite the voters with dreams of avarice and threats of sanctions. One group votes because it hopes to score more of another group’s money. The other group votes to protect itself.

Among “get out the vote” campaigns, Denmark’s recent cartoon for the European parliamentary elections (by all accounts a snooze-fest) must set a new milestone in the history of democratic fraud and absurdity. The Financial Times reports:

The 90-second video features “Voteman,” a muscleman first seen in bed with five naked women who then proceeds to beat up young people to force them to vote. He then decapitates one man, interrupts a couple having sex to throw them out of a window, and uses a dolphin to help chuck people into voting booths. (The Danish parliament withdrew the video on Tuesday.)

Politicians want you to vote so they can claim to represent you. Then they do what they want.

Like any other organization, government promotes the goals of those who control it. In that sense, it is no different from the Boy Scouts, Rotary or the electric power company. Every business, club or charitable institution is meant to do something – and always and everywhere it does what the people running it want done.

But in an oligarchy the bird sings a different song altogether. It provides no real service… produces no real products… and exchanges no tit for tat. Instead, the oligarch feathers his own nest with forlorn hopes plucked from an ignorant and impotent public.

The voters believe they are in charge. They believe the government – as imperfect as it is – nevertheless reflects the desires of the public, as filtered through elections, lobbyists and back-room deals. It is not a perfect system, he says, but it’s the best we have to offer, while pulling out his wallet to pay more and more for perceived protection. It’s not as bad as in f.e. Belgium you can hear him say, where people pay 55% taxes, rather to defend themselves with clueless comparisons.

Thomas Jefferson, possibly an enlightened oligarch himself, understood oligarchy far better when he warned us that all governments work for their masters – the elite, the oligarchs. All oligarchies are essentially parasitic, larcenous… and often, murderous. Tell me again that the Biden and Kerry presence in corporate Ukraine is a purely private matter and I’ll reiterate in a convoluted, contortionist way that when Jefferson claimed that “The government that governs least, governs best,” he had no clue how today’s oligarchs control the world.