The Deadly Risk Our Government is Taking

Every time we run budget deficits, we must go, hat in hand, asking for money from central banks and investors in Asia, Europe, and even Latin America. 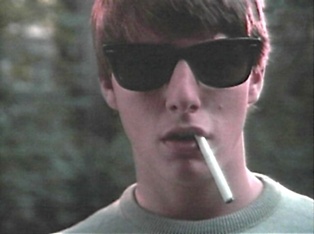 Citizens of Amelia Island the U.S. dollar is not going to die. But our government is taking a deadly risk with our money and our destiny as a nation.

Every time we run budget deficits, we must go, hat in hand, asking for money from central banks and investors in Asia, Europe, and even Latin America. Every time we run a trade deficit, spending more on imports than we earn on exports, we run back for still more money from Asians, Europeans, and Latin Americans. And now, after thousands of such trips and billions of such transactions, the U.S. now has a total of $7.9 trillion in liabilities to foreigners.

Until recently, we were able to continually postpone our day of reckoning as a nation. The U.S. dollar was king, the only reserve currency. And the U.S. financial market was the only game in town big enough to satisfy the needs of overseas investors. So they had to keep most of their money in dollars, whether they liked it or not. They had no choice.

Whenever they lost faith in other countries ‚Äî Argentina, South Africa, Thailand, or even a country like Great Britain ‚Äî they could pull out along with hoards of others, sending those financial markets into a tailspin. But when the United States made similar mistakes, it got away with it.

So we happily ran huge deficits, borrowed to the hilt, and continued to party as if nothing were wrong. And that’s why overseas investors continued to pour more and more money into America.

In the 1980s, it was primarily cash-rich Japanese who led the way, investing billions in U.S. stocks and bonds, helping to lift the Dow and Treasuries out of their worst slumps of the postwar era. In the 1990s, it was mostly Germans who played that role, helping to drive the big tech boom. And in the 21st century, China has become the big provider of new funds to the U.S.

But now Citizens, all of this is changing and we’re nearing the end of the line:

Foreign central banks have sought ‚Äî and begun to find ‚Äî viable alternatives to the U.S. dollar as a reserve currency. China and others have pushed progressively harder to replace the dollar with a basket of currencies. The United Nations has proposed a similar scheme, creating a new monetary system. The IMF now has SDR‚Äôs (that‚Äôs a big problem).

And this past week even Japan, America’s staunchest and richest financial ally, is beginning to abandon its long support for the U.S. dollar.

But U.S. authorities remain conspicuously complacent. Despite rhetoric supporting the greenback, both the U.S. Treasury and the Federal Reserve have actively pursued policies that merely sink the U.S. dollar further ‚Äî a national debt that will grow by $9 trillion by 2019 … and massive money printing to finance it. Clearly, our government can think of no better response to the new pressures than to flood the world with still cheaper dollars.

Right now your first urgent step must be to defend yourself from this madness with the soundest moneys in the world that ultimately can not be printed until your savings are worthless, gold and silver. Yes, it‚Äôs that simple. Buy some gold and silver every time you are thinking of putting your hard earned dollars in savings. You‚Äôll be joyous that you did.