The Eco Choice between Real and Fake Trees

The anxieties of the Holiday Season count one less, since it has been calculated which tree, fake or real, has the most environmental impact. 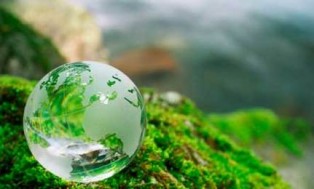 Real or Fake is a loaded question these days

While preparing dinner this evening I was listening to the amazing voice of Andrea Bocelli who did a Christmas Special last year on Public TV and as “Oh Tannenbaum” came from his magnificent vocal chords, the following story came to my mind. “O Tannenbaum how green are your branches?”

All of us who celebrate Christmas know, that it is a season of cares and woe. There are expensive presents to be procured, tasty and elaborate meals to be cooked, over-excited children to be entertained and/or appeased and in many cases tiresome relatives to be hosted.
On top of all this, the environmentally minded seem to have a host of eco-anxieties to confront. Can the turkey bones go in the composting bin? Is it cool to recycle wrapping paper? Is there any way to escape from the wanton waste and excess of the holiday season?

And to all who are troubled by such questions, here are possibly tidings of great joy or anxiety. depending on which side of the tree you reside.
A while ago I saw on Craigslist what seems to reveal the definitive answer to one of the most vexing of Yuletide conundrums: which sort of Christmas tree is greener, real or fake?
I have to say that we bought our beautiful 8 ft. high tree complete with lights, at a garage sale several years back for the magnificent sum of $20. It came from a couple who had moved from Arizona to pinetree rich North Florida and were looking forward to a real tree. Well the tree is a proud Yuletide centerpiece in our house for the 3rd year in a row now, so I feel very confident that our purchase has been eco-friendly, even though some  newfound friends during a dinner party last night, figured us for real tree people?!

In any case, there are arguments on both sides, which is why the debate is such a hardy perennial. Fans of real trees point out that they are natural, unlike the plastic sort. They are made of a renewable resource, wood, rather than oil. But partisans of faux trees retort that they are reusable, whereas their natural rivals are not.
Whole plantations of firs are hacked down, year after year, in a world that is normally skittish about despoiling Mother Nature. Moreover, those plantations consume lots of fertilizer, (Christmas trees are considered agricultural products, requiring repeated pesticide applications) which is also made from oil or natural gas in most cases, and pesticides, which can have nasty effects of their own on the environment.
Happily, Ellipsos, a consultancy based in Montreal Canada, decided to settle the matter once and for all, with a root-and-branch assessment of the impact of both sorts of tree on the environment, from manufacture or growth to disposal.

This “life-cycle analysis” took trees typical of those used in Montreal as its models. The researchers assume that the plastic tree was made in China (85% actually are just ask Walmart), shipped to Montreal via Vancouver, and kept and re-used for six years. They assume that the real tree was grown nearby in Quebec for 15 years, first in a nursery and then in a plantation. Other sources mention 8 years
They also assumed that the real tree is thrown away after a single use, with half the refuse going to landfill and half being burnt to produce energy. (Questionable but…okay).  The analysis divides the environmental impacts into four different categories: human health, ecosystem quality, resource depletion and climate change. In terms of health, it finds little difference between the two trees, although it does not take into account the possible consequences of dioxin emissions from the plastic one.
In terms of ecosystem quality, the fake tree is the clear winner. It does not contribute to changes in land use and the reductions of biodiversity.  But it is resource depletion and climate change that tend to stir the most anxiety among green Grinches. And on those counts, the artificial tree emerges as the villain. It has over twice the impact on the atmosphere, and is three times more of a drain on resources. Of course, if it were kept for longer, its relative performance would improve. But a plastic tree would have to be re-used for 20 years to top a natural one, Ellipsos found.

Of course that is only one way in which the results might vary if different assumptions were used. The distances the trees are shipped and the way in which they are disposed of are also important factors. But the circumstances of most Westerners are probably similar enough to those modeled in the study to allow it to serve as a rough guide.

There is good news for those who wish to stick to their tree of choice, whatever the environmental consequences. It’s called Carbon footprint redemption. The emissions caused by the use of a natural tree are equal to those produced, when driving the average car 15 miles, Ellipsos calculates. For an artificial tree, the equivalent distance would be 35 miles.
So a tree-hugging tree-user could make up for his artificial Christmas lapse by taking a few trips on foot, by bicycle or on public transport instead of by car. In other words, the report holds out the possibility of absolution for all who put up a Christmas tree, whether real or fake.  Beat that for Christmas spirit!
Happy Holidays