The Economic A-Team in one Room

As the economy confuses my people and media, people who can afford it put their own A-teams together to advise them on the future. 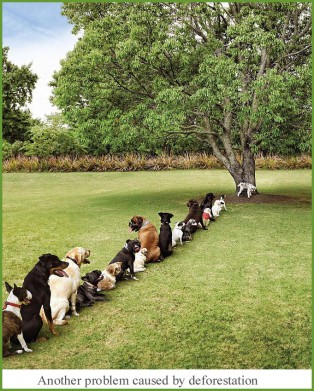 As we are all waiting for economic relief...

Ten days ago I announced in an article the gathering of 5 of the world’s leading economists and stock market researchers/analysts in one room for one weekend, courtesy of a friend up in new England.

Well that weekend retreat with some of the world’s leading doom sayers was this past weekend and it took my friend, who obviously is hedging his future bets as a very wealthy man, a full day to recuperate and formulate some thoughts about the weekend and where according to these great insider minds our economic future is heading.

Not a pretty picture he says.

Let me first introduce you to the attending superstars:
First there was Dr. Marc Faber, an often seen guest on leading networks, with a Swiss origin, who moved to the outskirts of Bangkok to find a safe haven. Marc Faber is often referred to in the media as Dr.GloomBoomDoom.

The there was Dr. Nouriel Roubini, Lebanon born professor of economics at New York University and publisher of the the Economonitor, also nicknamed Dr.Doom.

Canadian Dr. David Rosenberg, chief economist for Gluskin Sheff carries the nickname “Rosy” essentially because his views on our economic future are far from that… Rosy.

Number 4 on the list was Dr. Gary Shilling, who has very interesting views on longterm changes and the power of forecasting with history in mind.

And last but not least a woman contributor to the Genius Convention in the person of Louise Yamada, the legendary Wall Street researcher for Smith-Barney (Citi) who founded her own LYA – Technical Research Advisors in 2005.

This is indeed a group of highly qualified experts in their fields and I’m glad that I don’t have to qualify some of the following remarks with: Don’t try to do this at home, because most of us mortals cannot afford these 5 in one room for a weekend.
No doubt there will be more follow ups and clarifications in days to come but for now I simply want to literally reproduce my friends emails on the visit, so you can digest it in your own personal manner.

Here is email One:
For starters, it was like a genius convention…wow! Great minds, non very optimistic. Faber thinks the S&P will bottom around 950 as the Fed will jump in at that point to support it. Yamada says S&P at 900 is “in the bag” and she’d have to see how it behaves at that level to make a forecast from there. She believes things are a mess, is pessimistic about the future and doesn’t own stocks.

All think the Euro zone’s in trouble. Faber and Shilling are shorting the AUD…Faber says downside potential 20%. The room felt commodities will correct as the economy slows down. Rosie was the only one to forecast a double dip…but ALL see sub-par growth and rising unemployment. The only area of optimism was gold…Yamada has a target of $1,350 and up from there. Faber and Rosie are very bullish on gold, as well, but see a near term pullback and would enter at a lower level. Faber loves the Singapore Dollar.

Interestingly, Faber (before we had a more private discussion on the matter) advised buying farmland “far away” and specifically mentioned New Zealand. He’s forecasting war, coupled with cyber war that will bring the system to its knees. Much, much more and none of it positive.

Email Two:
Gold and farmland for sure. Looking at Canada for farmland (investment)…not to be confused with NZ farm, which serves a far different purpose. Dr. Faber and Dr. Shilling are both short the AUD as a result of their belief that China will slow a bit (but not go negative). Dr. Faber also encouraged me to wait on adding to my NZD position for the same reason. Faber says the housing bubble in Australia will burst within the next 6 to 12 months, in his opinion. Dr. Faber believes the Singapore Dollar is the best currency, outside of gold. He also said to custody at least some assets in Singapore.

He’s convinced that the US Government will confiscate gold, pay you for the gold at the current price (with worthless paper), then revalue gold to back the currency…so you get screwed. He believes gold won’t be safe in Switzerland as the US government will tell the Swiss to turn it over or the US will confiscate Swiss assets held in the USA. In the end Dr. F thinks only gold, farmland and food will have value because the entire system will collapse.

My only closing remarks here are:
1. the move from credit crisis to currency crisis is clearly covered by everyone being bullish on gold and metals

3. Is real estate deflation still the 800 pound Gorilla in the room.

I hope to update you with more from the Lion’s Den soon. But for now I hope you can chew on this.