The Economic Impact of Coffee and Travel

A slight perspective on how massive the travel industry is globally, compared to coffee. There is no real functional correlation between the two. 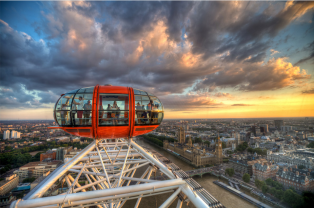 I overheard a conversation about coffee the other day. The information being shared was impressive but not quite accurate. One individual was sharing with the group the effect the coffee business had on our economy. While he called it massive, fact is that travel has a much bigger impact and can indeed be considered Massive.
Granted, Coffee is one of the world’s most popular beverages. In the United States, the average coffee drinker drinks more than three cups per day and Worldwide, more than 501 billion cups are consumed every year.

And yes coffee is important to the global economy. Some 25 million small producers depend on coffee for their livelihood. By example more than 5 million people are employed cultivating and harvesting more than 3 billion coffee plants in Brazil alone, the world’s third largest coffee producer. Growing and harvesting coffee is less automated than the sugar or cattle industries, and because it requires constant attention, it is much more labor-intensive.
Coffee is also a financial commodity. On the New York Board of Trade, coffee futures contracts are bought and sold. These contracts are financial instruments involving a the future sale or purchase of a unit of coffee at an agreed price, with contract deliveries occurring every year in March, May, July, September, and December. The world’s largest transfer point for coffee is the port of Hamburg, Germany, primarily because Europeans are the biggest consumers of coffee in the world.
Yet the global financial number pegged to coffee for this year hovers around $70 billion, which corresponds with just 3% of the US tourism receipts in 2013 (domestic and cross border).

The US Travel Department just recently released a 2013 report that backs up this claim with numbers that are so impressive that I am dedicating the next few articles to this subject.

Let’s begin with the U.S. Travel industry as a whole. In 2013, the economic output generated by Domestic and International visitors was $2.1 trillion dollars. When compared to coffee, the numbers are staggering. In 2011, according to a Bloomberg article, retail coffee sales were approximately $4.52 billion.* However, direct spending on leisure travel alone was over $500 billion. According to the 2013 U.S. Travel fact sheet, the direct spending by resident and international travelers in the U.S. averaged $2.4 billion a day. That’s half of the retail coffee revenue for an entire year.

So how important is the travel business to the U.S. economy? The answer is obvious when you read the following facts from the U.S. Travel Association:

As you can see, we would be in a world of hurt if we did not have the travel business in America. In fact, without travel and tourism, the coffee industry would fall short. The truth is we need every small business owner, every entrepreneur, and every traveling coffee junkie to make it all happen.

Join me next time as we analyze the massive impact of travel in the State of Florida.

Ronnie is co-owner of the American Travelers Club, a start-up Amelia Island tour company specializing in small-group European travel. You can reach him by email at americantravelersclub@gmail.com