The Economy Has Moved Past Midnight

Why is everyone surprised about an unexpected rise in first time jobless claims. That writing has been there all along and won't change until small business America gets a helping hand 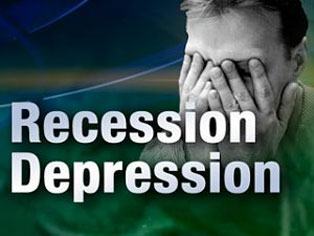 Time to get our hands out of our pockets

I am not one to preach doom and gloom, really I’m not.  I am, and have always been a realist though.  I see things as they really are and I work very hard not to fabricate something that is not there, or make something appear other then what it really is.  What if Captain Smith of the Titanic told his passengers not to worry, the water around their ankles was simply part of the entertainment package.  No, we’re sinking and it is going to be bad.

I am not addicted to any one news channel or publication, I watch and read them all.  I do see different contrast between the channels though and I can’t help but wonder where they get their news from time to time.  I don’t really lean to the right or to the left on political issues, I know both sides have an agenda and in most cases it doesn’t include you and I, until it is time for the bill to be paid.  Politics is a funny animal, it must make you think it is for your best and no other idea will or can be considered, we see this almost daily.

I have been watching the President starting to back peddle on several fronts.  He is now saying that we must do something to help small businesses if we want to bring our economy back.  I wish he had been reading searchamelia on a daily bases, we were telling him this over a year ago.  Now he is saying unemployment may not go below eight percent for the next couple of years; what happened to unemployment will not go above eight percent?

I served in elected office for sixteen consecutive years.  The one thing I learned was never say never, and never make absolute predictions concerning the future.  If you make absolute predictions you may end up with egg on your face in the long run.  Our system of government was meant to include the people, not exclude them from the process.  I think people expect nothing more from their elected officials then honesty, just tell it like it is.  Don’t make it appear to be something that it’s not, this is usually where the egg comes in.

Our economy is not doing too well right now and in my opinion it is going to slow even more this year.  With businesses cutting back and laying off or closing completely, we will see unemployment rise more.  Foreclosures will increase in residential and I don’t believe we’ve even scratched the surface of what is just around the corner in commercial real estate.  I think we will see many commercial properties on the chopping block, all of which will drag the economy down further and the banking world along with it.

Are we doomed to this end?  I believe that if changes and attitudes towards small businesses and a control of the banking system take place we will began to see improvements in our overall economy.  Government can’t continue thinking that it can be spending and others will bail us out of this mess, it just won’t happen.  It is going to be the private sector and small business that can bail us out, but without support from the banking world that idea too is doomed.

Instead of throwing money at the large banks and Wall Street insider companies a loan system should have been set up to encourage growth in the business world.  There is a difference between Wall Street and Main Street, it is main Street, and always has been that has made the difference and will continue to do so.  I suggest that the people who are in charge of making the decisions needed to change our economy all be replaced. It is obvious to me they have no clue what they are doing or what needs to be done. Tim Geithner is obviously in tune with certain companies and insiders he will help out, I don’t think he is in tune with the needs of Main Street at all.  As for Ben Bernanke, not only does he need to be replaced but the Fed should be looked at in the process.  Was the Fed a good idea when it was created in a top secret meeting on the coast of Georgia some one hundred years ago?  I think a monster has been created and is now coming back to ravage us.

Folks, I think we have a long, long way to go and I truly believe things are going to get much worse.  I’m not looking forward to it, but it is simply how I see it unfolding.  Not a pretty picture, but it is how I see it.  I really hope I’m wrong on this one.