The End of the Dressing Room

There are many sounds and visions that define the 20th century, but few have made an impact like the huge suburban shopping malls and the all encompassing rumble of an approaching Abrams tank. 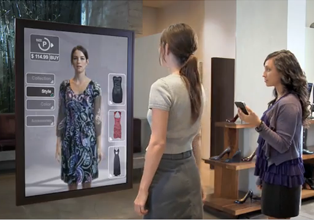 Technology and the end of the Dressing Room

As a quintessential 20th century homo universalis I grew up with the typical things that defined the last century. There are many sounds and visions that define the 20th century, but few have made an impact like the huge suburban shopping malls and the all encompassing rumble of an approaching Abrams tank.

The man who stood at the center of the suburban shopping mall development was Nazi refugee Victor Gruenbaum (later Victor Gruen) who in 1956 designed the first indoor shopping mall, the Southdale Mall in Edina – Minnesota. This 74,000 Square feet of weather protected shopping pleasure became the Mother of All Malls. It’s creation dramatically changed suburban social life in America. Within ten years the concept had made inroads all over the world and improvements and additions over the years created monoliths of economic, social and cultural interaction.

To emphasize the speed of light we’re living in, the suburban covered Shopping Mall is being re-invented at the speed of light! If the concept doesn’t work anymore for the rapidly developing changes in consumer behavior, the mall ends up on a website called www.deadmalls.com . Take the current re-incarnation of Regency Mall here in Jacksonville and count the for rent signs. Lees than 5 years and it will close its doors or be re-incarnated to include new technology. Go and check out the Tampa Bay Mall and you’ll discover that it was actually already torn down to make place for new construction related to the Tampa Bay Buccaneers. 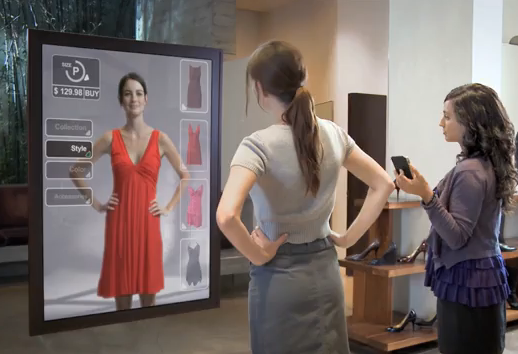 Watch yourself wearing the dress

There is even a website dedicated to the phenomenon of Shopping Malls and their early retirement into the annals of history. It’s appropriately called www.deadmalls.com
Helene Klodawsky filmed and produced a fascinating documentary called Malls R Us, a must see for anyone interested in how the past created the future to marry idealism, passion and greed. As one critic described it, ‚ÄúAmazing… This is not an environmental movie as much as it is a film about capitalism run wild. It belongs in the enviable company of important docs like The Corporation and Blue Gold.‚Äù

My dual fascination with the topic comes from an developer’s background as I was involved in developing, marketing and operating a handful of City Center and Suburban Malls in Western Europe in the mid 70’s. I knew then that the arrival of covered Malls would instantly change the centuries old social and cultural fabric of a society, much in the way a Super Wal-Mart does today in a village/town community like Live Oak, Florida.

The other side of my interest lies with rapidly advancing technology. The moment I saw this video from Cisco, I knew that every shop and mall design on the drawing boards were obsolete. It’s not only the end of the dressing room. It’s also the beginning of a much larger customer service department, much larger warehouse inventory and much smaller actual stores space. You’ll understand why I say that when you watch the video. http://www.youtube.com/watch?v=jDi0FNcaock

From here on it will be sufficient to have one¬† sample of each design on display to give a feel of the fabric and an eye sight attraction. A body scan will store the customer measurements and from there on you can experiment all you want – designs, sizes, colors and customizations. The card scan will forward the information to the warehouse inventory where you can efficiently retrieve your merchandise. No more store theft, no need for a guard, no cash registers to rob, no money trucks to drive up. And then a little later into the future, no more stores, no more malls, no more parking lots, no more roads to suburban malls.

Experts say we are entering a period of enhanced security requirements. Seems like Cisco has technology to make us never have to leave the house again.