The Government is Beyond Hope on Stupidity

Despite losing your job, going to part-timer, having your salary reduced, and despite your home's nest egg falling in value and your inability to get a loan, you've managed to increase your spending. 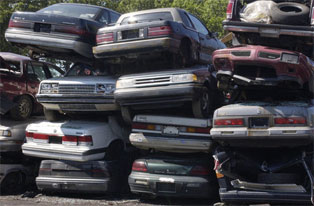 They’re supposed to provide a boost to the economy, but the government’s stimulus programs are having the opposite effect. I‚Äôm talking about the stupidest program ever.‚Ä®The Fed’s own statement, released yesterday, said, “Household spending appears to be expanding but remains constrained by ongoing job losses, sluggish income growth, lower housing wealth, and tight credit.”

In other words, despite losing your job, turned into a part-timer or having your salary reduced, and despite your home’s nest egg falling in value, and despite your inability to get a loan, you’ve somehow managed to increase your spending. Good job. You’ve done your part to improve the nation’s economy.

But it begs the question…How the heck did you do it?

Government stimulus programs allowed you to take on more debt, which allowed you to spend more money than you otherwise would have been able to do. Think about the wildly successful “cash for clunkers” program ( sarcasm). Americans all over the country drove their beat-up, old, paid-off cars into their local dealerships and drove out with brand new, shiny, ‘environmentally friendly’ 33 mpg automobiles… and a new monthly payment for the next five years.

The program was well intentioned… to help some of the lower-income folks get a new car. Let’s help Detroit get back on its feet and let’s improve the environment at the same time. But like so many well-intentioned government ideas, the consequences (read side effects) will be a disaster.

Oh, by the way it only cost $24,000 per car to the tax payers. Lower-income Americans, who really can’t afford to take on debt, were motivated by the promise of $4,500 to pay top dollar to upgrade their vehicles and part with a good portion of their income for the next 60 months.

Car salesmen loved the program. There wasn’t much price haggling involved. Since folks were getting paid $4,500 to buy a car, dealers didn’t have much of a problem marking up the sticker price by $4,000 and then offering to throw in the undercoating for free. Never mind that the gas prices since the program started went up 20% or more, so your 33 mpg car in effect only gives you 26 mpg.

The problem with this program will be evident months from now when your local handyman/housekeeper/bank teller/store clerk doesn’t show up for work because his car was repossessed. This isn’t what an economic recovery is based on.

Oh and another side effect? Many of these ‘clunkers’ are not really clunkers at all. But they’re being treated like that anyway as the picture shows. Maybe they could be treated better and get shipped of to Cuba. At least the mechanics there know how to treat American automobiles with respect.