The Need to be Self Educated

The truffle hound -- an animal so bred and trained for one narrow purpose that he wasn’t much good at anything else, and that is the reward system in a lot of academic departments - Charlie Munger 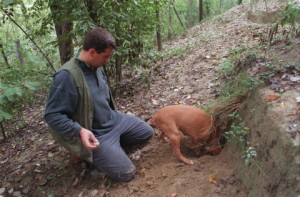 A Truffle Hound at work

By now everyone has probably heard the name Berkshire-Hathaway, or the Oracle of Omaha named Warren Buffett, the super investor. The story is widely known and treated with reverence and jealousy. If you had invested $10,000 in the S&P 500 in May, 1965 – when Warren Buffett took the helm of Berkshire Hathaway – and reinvested the dividends, it would be worth approximately $800,000 today.

Not bad, but then again not very earth shattering either considering the 45 year timespan. But if you had invested the same amount in Berkshire itself, your $10,000 would have grown to more than $64 million. And of course with that kind of track record it’s a bit harsh to attack the man Buffett and his supposed secret. According to his business partner, the less obtrusive Charlie Munger and self proclaimed Berkshire’s “assistant cult leader”, Buffett spends at least half his waking hours “just sitting on his ass and reading.”

Obviously a billionaire in his own right, Munger spends much of his time the same way. And although he graduated from Harvard Law School, he describes himself as self-educated. The key to success in life, both financial and otherwise, he insists is “Elementary, Worldly Wisdom”, or what I call a mental model of reality drawn from many disciplines. Actually it’s one of those obvious distinctions between a 20th century education at a European University versus a US Institution of Higher Education.

Prior to the specialization craze that started sometime in the 70s on US Colleges, Munger believes we should all strive for a liberal arts education by persistent reading of science, philosophy, religion, history, and literature. This allows you to think broadly and systematically and build a latticework of life in your head. Unfortunately, we live in a society that increasingly values specialization over breadth. We now study to learn how to make a comfortable living, not how to make a meaningful life. even though the two are not necessarily exclusive.

And in that perspective I would like you to see my following remarks on Warren Buffett. The media have catapulted the man into a stratosphere where he does not belong and has little value as an Oracle. Ask Buffett something about Financial deals and he is a genius, one of the greatest investors ever, but as an economist he is at best mediocre and contrary to popular belief he does not support free market economies.

What most people don’t realize is that even though they are closely related, there are vast differences between economics and finance. Finance deals with company valuations, derivatives, credit analysis, long and short term performance projections, SWOT analysis etc. Economics are about global, regional and national macroeconomics, government policies, human behavior and economic variables, etc.
Warren Buffett specializes in the former, but he really doesn’t know much about the latter. What made him rich in the first place was his amazing talent at finance and valuation – not general economic trends. Which by the way is supported by his buy-and-hold-forever strategy which to some extent ignores business cycles altogether.

And here comes my fingerpointing at the media again. The financial news constantly makes the mistake of consulting all the wrong people on certain subjects. For example, they will ask economists about the importance of credit default swaps, mortgage-backed securities, and repo agreements. Economists don’t have a clue about this stuff. Honestly, the average PhD economist couldn’t even recommend you a decent mutual fund. (Count me in on that one)

However, finance PhDs have the opposite problem. They can explain derivatives pricing inside and out. But give them a question about macro economics and business cycles, if they don’t give you a weird answer, they may never get to the point of answering the question. I cannot count the times I watch Yahoo’s Financial sticker news, where time runs out long before the answer to a question is even touched upon. 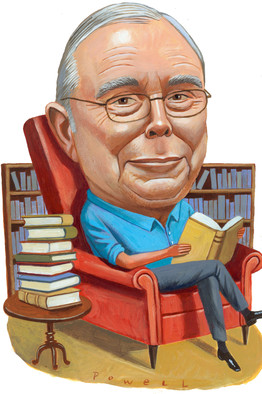 Charlie Munger, the powerhouse behind the man

And the reason why I bring this up is to counter a question I keep getting about why if Buffett is bearish on gold and silver, I am still bullish? The answer is simple: Gold is a macro economic tool, closely related to the expansion of the money supply, foreign currencies, interest rates and commodities ,but to a financial brain gold has no cash flow stream that can be valued or discounted.

I am an economist, Buffett is a financer. Going back to his partner Charlie Munger however, I’m starting to get that uncomfortable feeling that regarding Berkshire-Hathaway’s Success story, we may have given too much credit to Buffett, credit that should actually have gone to the much more widely educated philosopher of the Berkshire Twins.

If you have any doubts, you may want to read the keynotes to Munger’s 1995 Speech: The Psychology of Human Misjudgment