The Next Major Retail Trend: Pop Up Stores

No long term leases required, just a couple of weeks with low overhead. 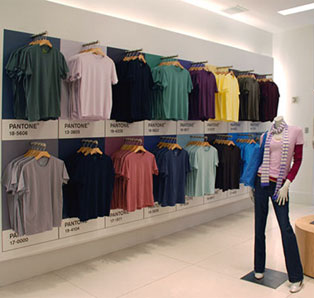 A Gap Pop up store in New York

Pop up stores are the next step from traditional retail distribution to internet distribution. While the practice has been around for a long time, in this economy the trend is becoming visible. National brandname stores like GAP, Ann Taylor and American Eagle, yes even Gucci is using the trend to either introduce a new line or close out an old one. Toys “R” Us is opening no less than 350 temporary Holiday Express Toy Stores, many of them in freestanding mall outlets and JC Penney used the experiment successfully during a back to school campaign in California.

The idea is not new, but with national brands getting into it, it has gained a sense of legitimacy.¬† Was it considered a bit shady in the past, a quick road to a quick buck? Well, today it is developing as a product test and brand buzz method.

No long term leases required, just a couple of weeks with low overhead. “They are making a short-term investment for what could be a long-term gain,” says Faith Hope Consolo, head of retail leasing at Prudential Douglas Elliman, who has been besieged with requests for prime pop-up locations throughout New York City.

As landlords and mall operators struggle to fill vacancies, and companies try to squeeze as much revenue as possible from the high-traffic holiday season, temporary retail outlets, or pop-up stores, are very much the rage. “Because of the significant empty-space issue across the board, pop-ups are an opportunity for both entrepreneurs and big brands to make some money without having to worry about the overhead of a five-year lease,” says Mike Kraus, retail consultant for allbusiness.com. Plus, if your store is going to shut down anyway, you don’t have to fret about bankruptcy.

Some Pop-ups will be tricky for shoppers, as return policies are often much stricter. If a temporary store is part of a chain, you can usually return an item to another location if the one you shopped at goes out of business. But if it’s a one-time operation, you’re out of luck. So enjoy the deals that these quickie outlets will be offering this holiday season and most probably into the new year. But pop-up shop at your own risk.

We see the pop-up stores as an intermediary answer to a changing retail structure with the inevitable end result of selling and buying on the internet taking over the majority of retail sales. The question of course will be, “What to do with the retail spaces currently available throughout the nation”? Yesterday I went to garage, yard and estate sales. There were 37 sales between Amelia Island and the eastern part of Yulee. We could ‘only’ do about 15 because of the distances between them. I can see retail space in strip malls turning into consignment shops and malls for weekend re-sales in the near future (5 years or so). In other words another layer of retail sales – the previously owned category.