The Pencil Impact on the Blues

The pencil is a quiet contributor to so much art and music that it is hard to imagine that one day it will be obsolete. 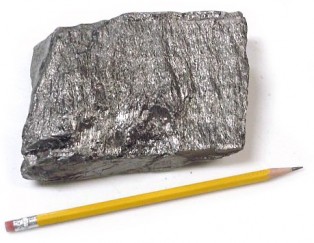 Both can write! One is more refined.

Times have changed dramatically, yet something the real stalwart players of the past quietly disappear in the annals of history. One of these remarkable icon was the pencil. Since we don’t have grade or high school aged children anymore, pencils have lost their in demand status around the house and frankly the pen and pencil holder on my desk contains about 20 pens in various shapes and colors, but not one pencil.

So when some of the founding members of the new Amelia Island Blues Festival Committee gathered around a lunch table at the Loop on Sadler and 14th for a foundation meeting a couple of days ago, the central appearance of a pencil for some reason caught my attention.

In the shadow of many blues legends and musician/songwriters, I too have used a pencil in my younger years writing songs, stories and poems.  The pencil always had an eraser top, as names and places frequently changed in the writing process because they were either no longer relevant, emotionally replaceable or plain and simply expressions of coming of age. The usefulness of the pencil and eraser was anchored in the fact that you could change the course of your history by erasing the words.
We all know that we cannot legally make anything official with a pencil, even if we print firm. The essence of a pencil is that it is erasable. Never mind that we have chemicals these days that can make any ink disappear without detection, a pencil is still not accepted for legal purposes…or checks.

As the Amelia Island Blues Society corporation aims to become a 501(c)3 Florida tax exempt organization with education and charities as the recipients of potential financial windfalls, we clustered around the table filling out a stack of IRS forms that represented half a city block of decapitated trees. And since this is something none of us does on a daily basis, we used a pencil, rather than risking to have to get another set.  The power of the eraser seriously underlined our potential fallibility in filling out the forms with correct answers.

Well our treasurer was using a yellow #2 to mark our answers, my thoughts drifted to things that have been with me all my life; sadly without ever getting a double take or second glance…until recently that is.
These days I’m starting to realize more and more things I have been taking for granted without ever realizing that at some point in history, they did not exist.

Pencils as we know them were non-existent until in 1564 and if properly placed in historical importance, they are the essential frontrunner to todays computer/internet.
Yes the ancient Roman and Egyptian writing instrument called a stylus, became a way to communicate but was only available to the choosen few? Scribes used this thin metal rod to leave a light, but readable mark on papyrus (an early form of paper). Other early styluses were made of lead, which is what we still call pencil cores, even though they actually are made of non-toxic graphite.

The discovery of graphite in England

The discovery of graphite actually gave the foundation to mass communication, education and ultimately progress. Graphite came into widespread use following the discovery of a large graphite deposit in Borrowdale, in Northwest England in 1564. Legend has it that a huge storm toppled a massive Live Oak and revealed what turned out to be a huge graphite deposit. Sheep farmers in the area discovered the usefulness of marking their sheep with graphite.

The value of graphite was soon realised to be enormous, mainly because it could be used to line the moulds for cannonballs, and as a result the mines were taken over by the Crown and guarded. (Times have not changed government’s move to control perceived strategic resources as we know). In those days when sufficient stocks of graphite had been accumulated, the mines were actually flooded to prevent theft until more was required. Graphite for use in pencils had to be smuggled out because governments realized early on that the pen is mightier than the sword.

Because graphite is soft, it requires some form of casing. Graphite sticks were at first wrapped in string or in sheepskin for stability. Also appreciated for leaving a darker mark than lead, the mineral proved so soft and brittle that it demanded a holder, which became an Italian contribution to the development of the pencil as the graphite was inserted into hollowed-out wooden sticks. The wood-cased pencil was born and available to a growing number of “commoners” now to copy and distribute knowledge and experience.

The pencil with attached eraser did not show up until 1858, while the issue of legality became completely mute for pencils, when in 1873 Remington introduced the first commercial typewriter  to the world. And when in 1888 the ballpoint showed up as a more enduring writing instrument, the pencil started making its move to sole artistic usability. The portable pencil sharpener did not see daylight until 1897, so we used sharp knives to sharpen our pencils until the 1950-60s.

In my research I ran into one other overlooked curiosity, which is today’s marketshare of the yellow Nr. 2 pencil. Apparently at least 7 out of 10 pencil sold these days in the USA are yellow. It turns out that in the 19th century most of the graphite used for pencils came from China and China’s regal color was yellow. In order to market royal quality, yellow became the color of branding.  From cave paintings to the internet, the history of human information and communication can not overlook the importance of the pencil.