To explain Lou Reed's influence on rock Brian Eno once said:"Lou Reed and Velvet Underground's first album only sold 10,000 copies, but every one who purchased the album started a band." 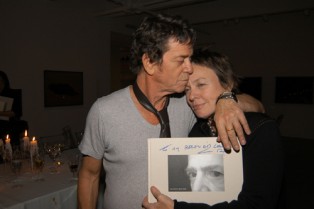 Today I purchased the domain name rockandrollparadise.com! The trigger? Lou Reed passed away today at age 71. Who is Lou Reed many out there will say, to which my answer is he wrote and performed most of the album “Velvet Underground & Nico, an album Rolling Stone Magazine puts at nr. 13 for the best albums of all time. But of course that would not give the credit Lou Reed really deserves.

My plan is to use the site to give tribute to the passing of all those great musicians who grew up with us and gave us rock, blues rock, folk-rock, reggae and country rock, when our boomer generation grew up in the sixties and seventies and early 80s. I invite everyone with a heart for the music that defined those “tender(??)” years, to contribute. It’s going to be a couple of weeks before the site is anticipated to be completely up-and-running. Keep an eye on it.

2013 is turning into a strange and scary year. Friends and family are starting to die like apples falling from a forgotten tree. Some quiet, others with a worldwide impact. Less than two weeks ago my godmother passed away at age 90. It was a good and long life, considering that I lost my mom 10 years ago and my dad 18 years ago. End of life anxiety really hit home when my youngest sibling, friend and business partner Thom passed 39 months ago. I know death is the Great Equalizer and in Jim Morrison’s words “No One Gets Out of Here Alive, but I will not just stand there with arms wide open when the Grim Reaper plans to come and get me, even though there are already so many of my childhood heroes gone to the far beyond.
They say that the stars in the sky are the souls of the people who die and living here on the beach I have lots of opportunities to watch the billions of stars every night. Tonight there will be another one shining bright as Lou Reed lights up the stage.
Every time another hero of mine passes these days my first thought is: Damn there must be a magnificent concert playing  up there tonight.

Today Lou Reed moved on to that Rock and Roll Paradise in the Sky at age 71. The concert tonight will be minimalist, because it was this Velvet Underground frontman, singer/songwriter who once claimed that a One Chord song was fine, using two chords was being on the edge of Rock and Roll and if you played 3 chords, you were into Jazz!

As famous riffs go, it is said that Deep Purple’s “Smoke on the Water” is the world’s most recognized guitar riff. A bit of trivia here is that Ritchie Blackmore used the beginning of Beethoven’s 5th and reversed it to come up with the riff. Yet, if you ask me the honor would have to go to Keith Richard’s “Satisfaction”, even though my personal favorite is “In-a-Gadda-da-Vida” by Iron Butterfly. BUT… I will always and anywhere and immediately recognize the opening lick for Velvet Underground’s “Heroin” in that monotone rhythmic beat on the D string. 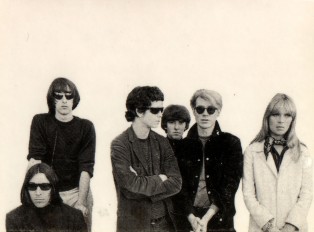 The Velvet Underground with Andy Warhol and Femme Fatale Nico

As a teenager/guitarist in Holland in the early 60s my search for original music quickly moved from the Beatles, Stones, Yardbirds and Animals across the pond to New York and the West Coast. I soon became enamored by Westcoast commune bands like Iron Butterfly, Mad River, Quicksilver Messenger Service, HP Lovecraft, Jefferson Airplane, the Westcoast Popart Experimental Band, United States of America with the unforgettable Dorothy Moskowitz, Southern Jambands such as the Allman Brothers and the products of the Village scene in Manhattan such as the incredible Ten Wheel Drive and the incomparable Vanilla Fudge. In my personal development Leonard Cohen brought some of the coffee shop poetry into my musical palette, Dylan captivated my political and societal formation process, and Lou Reed filled a niche of darkness, carelessness and anger that expressed perfectly the mood of the mid-sixties before flower power. His compositions were provoking and challenging in lyrics and haunting in music and part of a mindset controlled by a deep need to be contrarian and unexpected.

Even though Lou Reed was never a great musical inspiration for me,  I may have been a reclusive member of a very small and highly exclusive group in Amsterdam that played vinyl records by Lou Reed and the Velvet Underground in those early years. Brian Eno once famously explained Lou Reed’s massive influence on grunge, punk and other musical forms: “Velvet Underground’s first album only sold 10,000 copies, but every one who purchased the album started a band.”

New York’s Greenwich Village was Andy Warhol territory, and there is no doubt that the Andy Warhol pop art cult and the man himself ‘managing’ and sometime contributing to the works of the Velvet Underground, have largely contributed to Lou Reed’s long term rock status into this century. Warhol was in my opinion more a visionary of human manipulation than a magically talented artist, but when he added beautiful German born model Nico (1938-1988) as singer to the group for the album Velvet Underground & Nico,  (yep the one with the famous banana on the cover, he established himself as an artistic genius and Lou Reed and Velvet Underground as a musical force. After Lou got out of Andy Warhol’s shadow, yet still remained close, he played guitar sometimes. He “pretended”  to shoot up on stage. He wrote songs about sex, homosexuality, drugs,  S & M, transgender and transsexuals, abuse, politics, death, suicide, darkness, and light. He made some amazing music. He was avante garde right in your face.

Enjoy your welcome concert tonight Lou, we’ll miss you here, but you left us a great legacy of work to enjoy for the remainder of our years. The world has lost an original, but rock and roll paradise welcomed another rock God today.

I’m going to leave you with Candy Says –  song so pure, naked and vulnerable, that it only could come from Lou Reed’s pen.