There is no New News on Labor Day

The news this morning is amazingly short and meaning less. Is it sad that even the digital media rehashed yesterday's news? 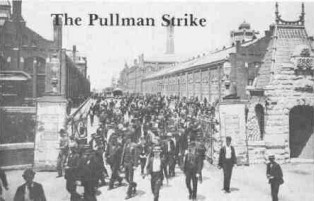 The Event that Created Labor Day

It’s amazing. Opening up the news sources this morning, many of the headlines were the same as those yesterday or even Saturday evening. From the best day to buy a car, obviously Labor Day and a White House conspiracy to get you to start spending again and fire up the economy, to Obama wanting to spend another $50 billion in long term infra structure improvements to stimulate the sputtering economy. Hi Ho Barack keep going at creating jobs without a future and bridges to nowhere!

Also maniac killer van der Sloot is once again used as a piece of news reporting this morning, confirming he extorted money from the Holloway family, while the Jet Blue attendant who gave a tirade and left the plane via an escape chute several months ago, made it into the news line-up with another inconsequential remark. Both these nutcases’ 15 minutes in the spotlight should have been cut up a long time ago.

Apparently nobody in the news rooms worked yesterday, especially not editors, as old horses like Mariska Hargitay, Sara Bareilles, Jennifer Anniston and good old William Shatner keep leading the “Trending Now” column for days now. I should have ended this sentence with a row of question marks as in WTF? but instead decided that I am a lucky man.

I have had the chance and opportunity for the past 25 years to live on 2 islands that think news is a matter of interpretation and therefore has its own place in our daily schedule. While living in the Caribbean Islands, news stopped – and still largely does – on Friday afternoon. No newspapers in the weekend. I used to manage a 24 hour news radio station on St.Maarten, but 24 hours was meant to be from 6am on Monday morning to 6pm on Friday evening. Saturday and Sunday was for partying and time for friends and family.

And then….. I moved to heaven, Amelia Island, where the newspaper comes out on Wednesday and Friday and Radio and TV are apparently  “banned” from the airwaves.
If not for an insistent plastic wrapped paper that makes it to some driveways, we wouldn’t even know this morning that life in Jacksonville, 30 miles to the south, is getting more violent by the day.

Good morning Amelia Island. God Bless Us on this Labor Day, as the world for yet another moment in time has stopped producing and reproducing news we don’t really need.
Happy Labor Day